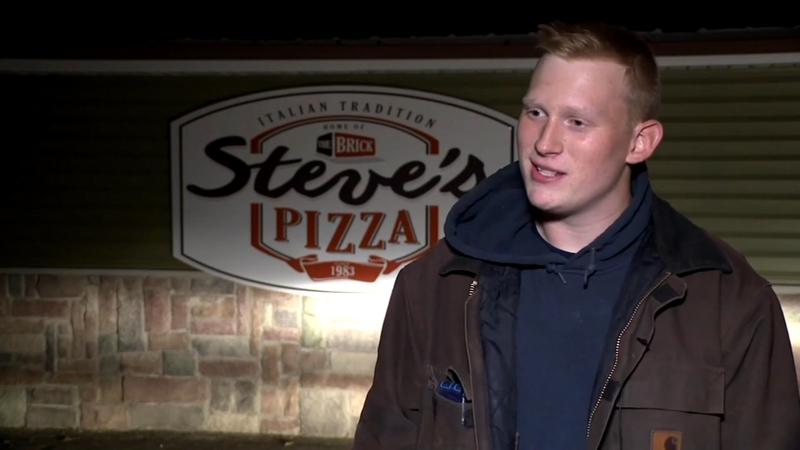 BATTLE CREEK, Michigan -- A local pizza shop manager made a pizza delivery over the weekend that has inspired others across the country.

Dalton Shaffer, 18, is a manager at Steve's Pizza in Battle Creek. He received a phone call while at work from the father-in-law of Rich Morgan, a man from Indianapolis, who was diagnosed with cancer.

Shaffer told WWMT-TV, "He was kind of telling me just a little bit about how they used to live in Battle Creek and they were just really big fans of Steve's Pizza and everything likes that."

Shaffer soon learned Rich and his wife Julie Morgan had planned a trip to Michigan for a birthday, primarily to get a pie from the pizza place, but it didn't happen. Rich ended up in the emergency room and when he left the hospital was put under hospice care.

Julie Morgan's father had called to ask if the shop would send a text or card to the family, but Shaffer wouldn't hear it.

Instead, he asked what kind of pizza the family wanted and after the pizza shop closed he set out.

Steve's Pizza doesn't deliver in the Battle Creek area, but he drove two pies to a dying man in Indianapolis, which is over a three and a half hour drive each way.

"They said it meant the world to him they were just really shocked somebody would do that," Shaffer said.

Julie took to Facebook to share the valiant story of how the pizza ended up in their house.

"I never thought it'd be this big in million years," he said.

The 7-hour round trip was worth it for Shaffer to bring some happiness to someone in need.

"I've gotten a lot of phone calls saying people are inspired by the story and they are inspired to do the right thing. I'm just really happy about that," he said.