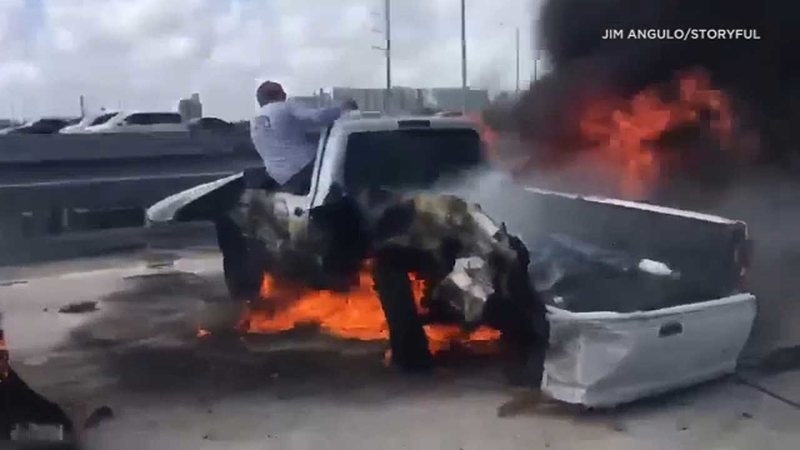 Caught on camera: Driver rescued from burning truck in Miami

MIAMI -- A dramatic rescue was captured on video Wednesday in Miami, where a driver struggled to extricate himself from a pickup truck that was engulfed in flames after a crash on Interstate 95.

Passerby Jim Angulo, who recorded the footage, said he initially yelled at the man to get out of the truck. When the driver replied that he was stuck, Angulo ran toward the vehicle.

Angulo said he and another man intervened to pull the man from the wreckage.