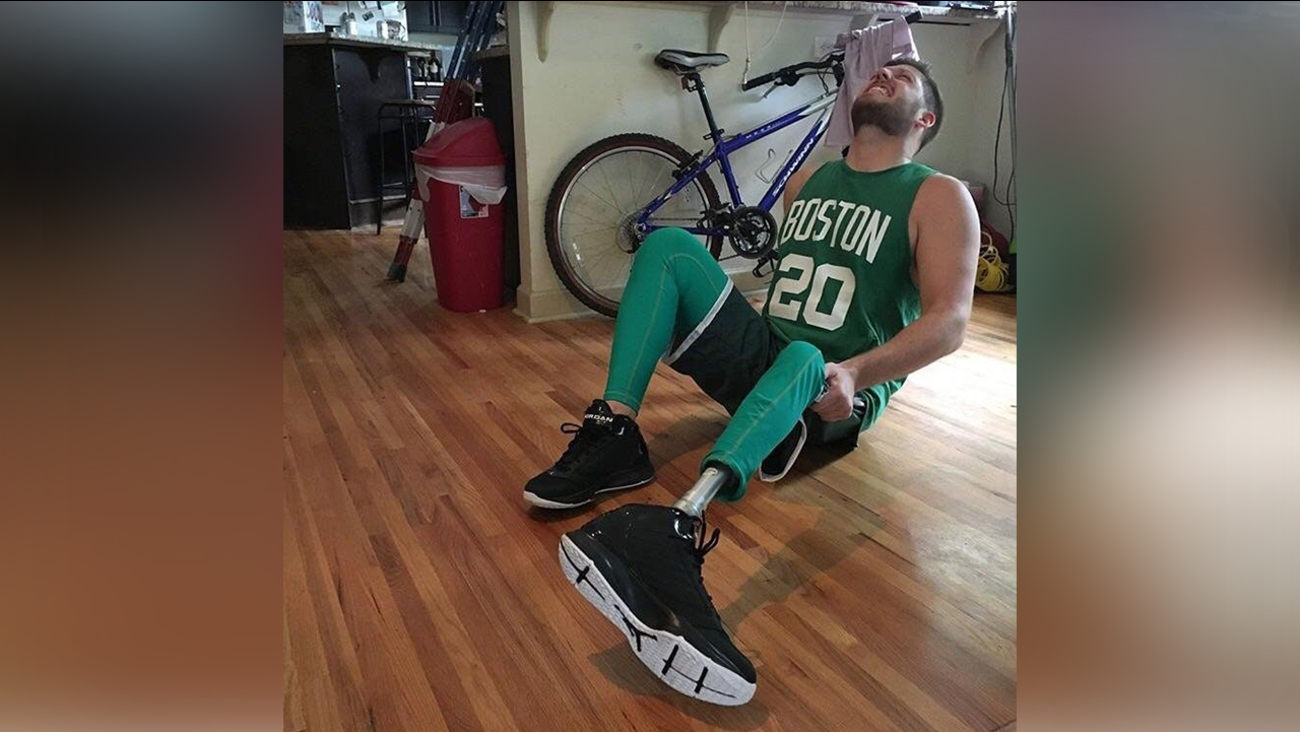 However, after watching the horrific incident, Caskey was inspired to make a Halloween costume that was too real.

In 2008, Caskey lost his left leg to bone cancer. While extremely unfortunate, it helped him create - what some would call - an epic costume complete with a Celtics jersey (with Hayward's number 20 on the back), sneakers, and a "broken ankle."

The basketball fan posed for a picture by turning his prosthetic foot sharply to the side, recreating the infamous photo taken moments after Hayward's accident.

Caskey told ABC11 that after watching the game, the idea just clicked.

"I was watching the game when Hayward got injured, and after the initial shock, I thought it wouldn't be difficult to adjust my prosthetic to look like the injury," the Hornets fan said, adding that his intentions were never negative.

"If I wasn't so sure that Hayward would rehab back and be as good, if not better, I wouldn't have done the costume. I mean, when you realize what it takes physically and mentally to make it that far in a sport, you have to realize that this injury won't keep that guy down."

As for Caskey, he's just trying to make the best out of a bad situation.

"Ever since (I lost my leg to cancer) I have usually tried to incorporate being an amputee into my Halloween costume," he said. "I try to find comedy in most things. I don't think it really helps to dwell on a situation negatively."