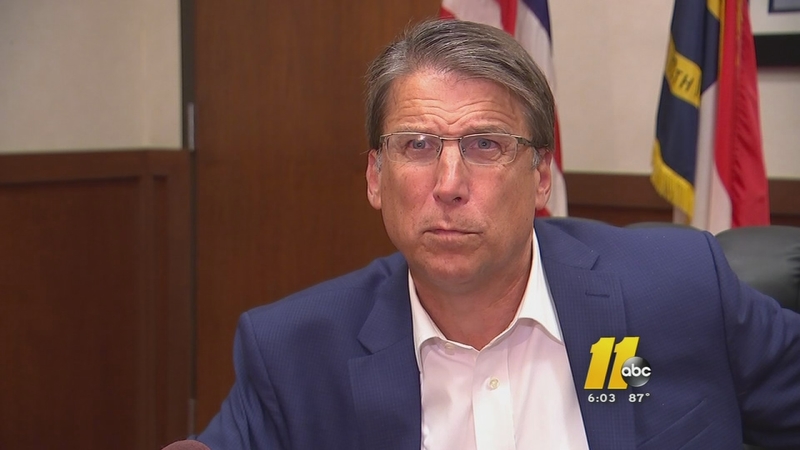 RALEIGH (WTVD) -- Gov. Pat McCrory is used to taking heat from the left, but this week, he's gotten thumped from his colleagues on the right.

McCrory is accused of basically sitting on the sidelines of state affairs. One powerful state senator even said "the governor doesn't play much of a role in anything."

The man who said that is State Senator Tom Apodaca, R-Henderson. He is known for having a big personality, and some are willing to chalk it up as a flippant, off-handed comment or joke.

Others, though, say he was right regardless. Just about everyone ABC11 spoke with noted a basic disrespect that cuts to the heart of the relationship between Gov. McCrory and the North Carolina General Assembly.

The quote was lifted from an article in the Asheville Citizen Times. Apodaca is a close ally of Senate Leader Phil Berger. They have driven a lot of the conservative ideology seen in the Senate.

The comment was related to the budget, but carried weighty undertones. The legislature has overridden all of Gov. McCrory's vetoes since he took office two-and-a-half years ago. Observers say that makes McCrory look weak and potentially vulnerable in 2016.

"It's rather amazing. You have the former mayor of Charlotte, the head of the Republican Party, the governor of North Carolina who received 2.4 million votes in 2012 being disrespected by a state senator from Hendersonville, who, in 2012, got basically 67,000 votes," said political consultant Brad Crone.

"You would have to say that right now the power is really in the legislature, not just the Senate, but the House too," said Carter Wrenn, Republican strategist. "But the way they override those vetoes, it just doesn't seem to faze them."

ABC11 reached out to both Apodaca and McCrory's office, but neither responded.