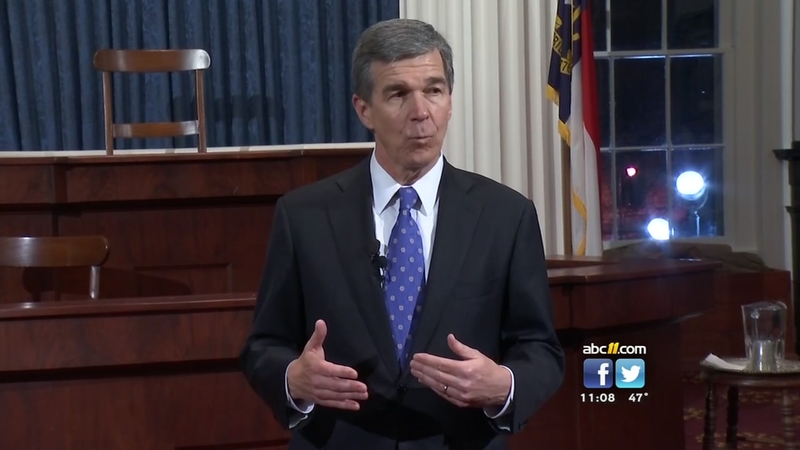 RALEIGH, North Carolina (WTVD) -- Gov. Roy Cooper took steps to fulfill some of what he promised on the campaign trail: ending the legal battle over the state's so-called bathroom bill; and expanding LGBT protections for state employees.

But when ABC11 reached out to Equality NC, the state's largest LGBT advocacy group, the reaction was lukewarm.

The governor's executive order bans discrimination by any of cabinet-level departments under his control on the basis of sexual orientation and gender identity - that's 55,000 people.

But the trickier part of Cooper's moves involves HB142, the bathroom bill replacement hammered out by the governor's office and Republican lawmakers last March.

NEW AT 11: Breaking down Gov. Cooper's Executive Order #24. + reaction from all sides of the bathroom bill debate. #abc11 pic.twitter.com/mEfnM32yZW

The governor announced a consent decree, with LGBT advocates suing the state over HB142. It's a legal settlement that states, "Transgender people are not prevented from the use of public facilities in accordance with their gender identity."

It's language that Republican lawmakers aren't inclined to endorse. Social conservatives are calling the governor's move, a "betrayal" to the people of North Carolina.

"What this means is the governor's bathroom plan all along was to allow men into women's bathrooms and women into men's bathrooms," said Tami Fitzgerald, executive director of the NC Values Coalition.

And while LGBT advocates are cheering the spirit of Cooper's deal, Hirschy wants the governor to work harder.

"If (North Carolina) is going to recruit major corporations here like Amazon, they're going to want to see more," he said.

Back at the state legislature, no comment yet from the state's top Republicans. House Speaker Tim Moore and Senate Leader Phil Berger's offices say they haven't had the chance to review it.