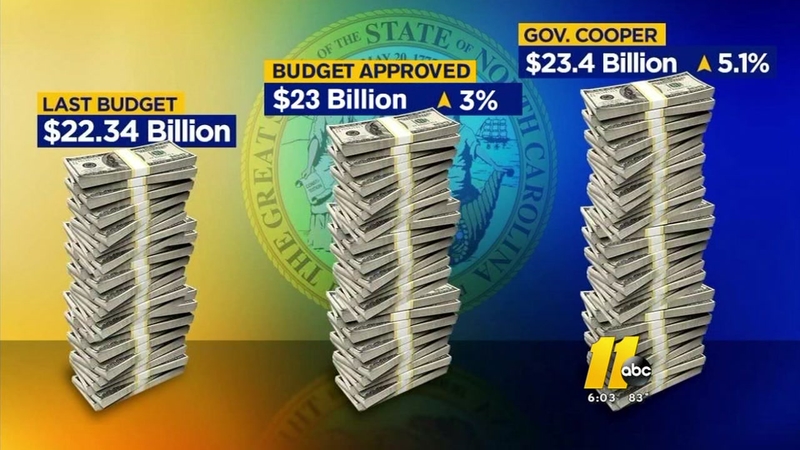 The Democratic governor said the $23 billion budget agreement "doesn't come close" to what he envisioned, and criticized what he called "dishonest budget gimmicks" during a Monday morning news conference at the Governor's Mansion.

The two-year deal gives raises to teachers, state employees and retirees next year, but puts off income tax breaks until 2019.

"By rejecting our fourth consecutive teacher pay raise - this time totaling 10 percent on average - a major middle-class tax cut and much-needed Hurricane Matthew relief, Gov. Cooper has broken some of his biggest promises to the voters, and they will hold him accountable. We will too, by quickly overriding his veto," a joint statement by House Speaker Tim Moore (R-Cleveland) and Senate Leader Phil Berger (R-Rockingham) read.

Last week, Senate and House leaders unveiled details of the spending plan and urged Cooper to sign the measure, but the governor's office quickly signaled that a veto was on the horizon, with the governor calling the budget "fiscally irresponsible."