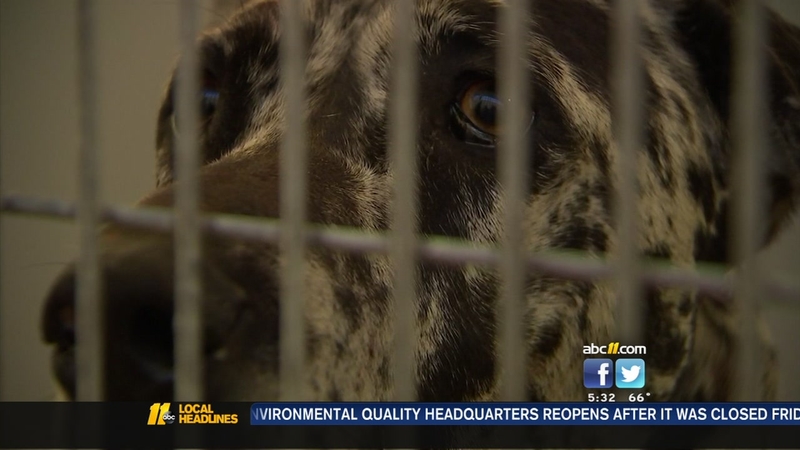 LINDEN, North Carolina (WTVD) -- A jogger is fighting for her life after being attacked by two Great Danes. One bite wound was so severe that it severed part of her spinal cord.

The attack happened Sunday night on Sunnyfield Lane in Linden. Monica Stephenson, a Fort Bragg civilian employee is being treated at UNC Hospitals after suffering several bite wounds to her face, legs and neck.

While Great Danes aren't typically known to be aggressive, Dr. John Lauby with Cumberland County Animal Services say any dog can revert to what's called "pack behavior" at any given moment.

"When you have more than one dog, there's a leader of the pack and the rest follow. So if the leader decides to chase something, the other follows," Lauby said. "In this case, they saw something running and the pack says 'prey. Go get it.' And when they get it, what do they do? They kill prey and that's what they were trying to do. They were trying to kill her."

On average, the Cumberland County Animal Services Center says they investigate 1,200 dog-bite cases a year. That breaks down into three cases a day. That's why County officials say you should always carry some form of protection as you're running, in case you encounter an aggressive dog.

Meanwhile, Lauby says joggers would never have to consider such protection if dog owners would properly secure their pets.

As for the dogs, Nora and Olaf, both were euthanized today. Nora was pregnant with a litter of puppies. Their owners could face a fine. The case is still under investigation.