One dead after Greyhound bus, multiple vehicles, in crashes on I-40/I-85 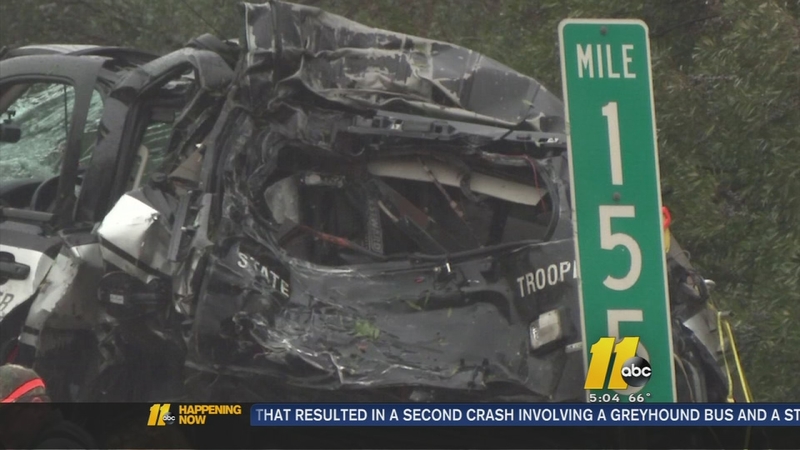 One dead after multiple crashes on I-40/I-85

The crashes began just after 10 a.m. along northbound Interstate 40/85 near the outlet mall close to Mebane.

Witnesses told ABC11 that the Mebane Fire Department was on the scene of a disabled vehicle when a vehicle hydroplaned into the back of the fire chief's Chevy Tahoe. A woman in the car, 33-year-old TIffany Jennings, was killed.

Then, as a NC Highway Patrol trooper sat in his SUV blocking traffic for the crash, he was hit from behind by the Greyhound bus.

The fire chief was treated and released. The trooper was taken to the hospital for treatment of broken bones. No firefighters or law enforcement officers were killed.

There were 41 passengers on the bus. EMS workers on the scene unloaded several injured people and put them into ambulances. They were taken to Duke University Hospital. There was no immediate word on patient conditions.

The North Carolina Highway Patrol said all the emergency vehicles had their flashing lights activated. It's not clear why the bus driver could not slow down or move over to avoid the trooper's SUV. The investigation was ongoing.

The bus driver was charged with reckless driving and failing to reduce speed to avoid a collision. He was not injured.

The string of crashes caused lengthy backups for drivers. 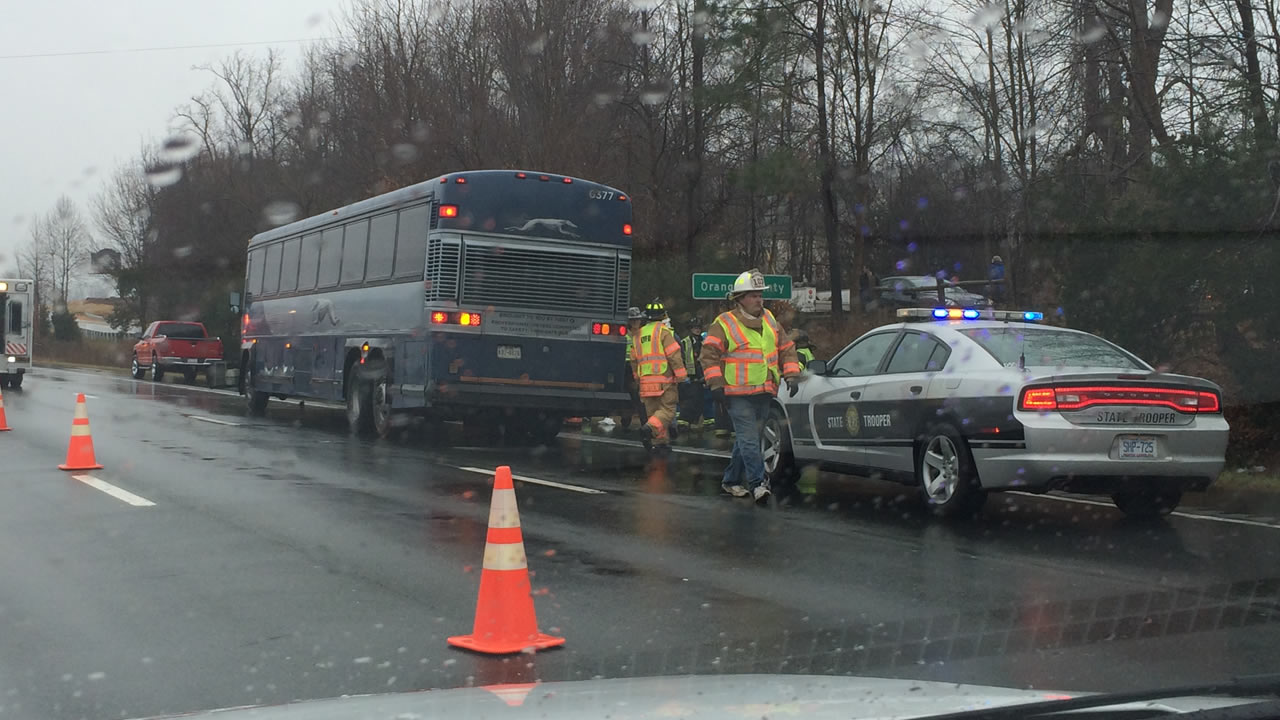