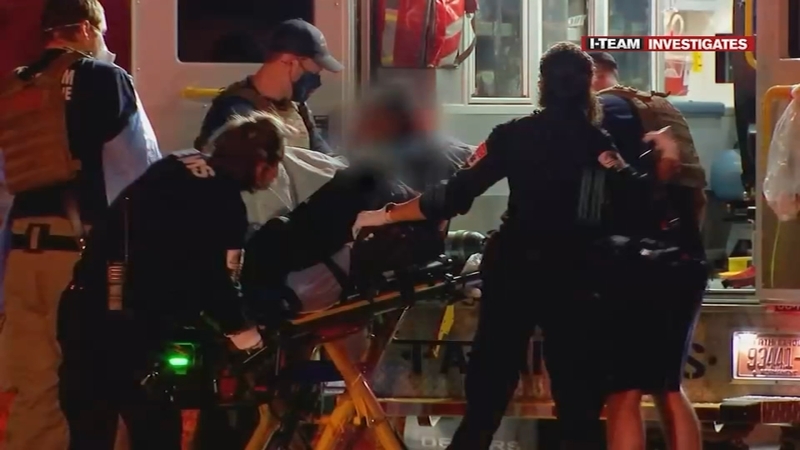 DURHAM, N.C. (WTVD) -- A new national study released this week highlights another toll of gun violence across the nation.

The study published earlier this week in the online medical journal, Trauma Surgery & Acute Care Open, found in the last few years deaths involving guns have become the leading cause of years of potential life lost or premature deaths due to trauma.

"This is simply unacceptable and incredibly tragic. It's tragic for the lives lost and also knowing this is preventable," said Becky Ceartas, the executive director of North Carolinians against Gun Violence.

Ceartas pointed to all the measures the country has taken to decrease car crashes including investing in research, issuing regulations and licenses.

"We don't have those things when it comes to firearms," she pointed out. "It's desperately needed that we have more research as to why people are dying by guns."

Over the last 10 years, the impact of this toll was felt the greatest in the South. Researchers reported around double the number of gun deaths in the South than the next highest region.

"We're really at a crisis right now when it comes to gun laws and gun violence," Ceartas said.

In North Carolina, guns were responsible for 69% of the homicides reported to the FBI in 2020, the latest available data. Sixty percent of homicide offenders were younger than 30 years old and 47% of the victims.

"It's always gun violence happens elsewhere... that's not our place that's elsewhere but no that's here. It's in every community now," said Tony Cope, a volunteer with Moms Demand Action.

He said his experience has motivated him to do more to help the state fight back against the increase in firearm deaths, especially in the younger population.

"When did we become so numb in our country that a 13-year-old murdering his friend isn't just a profound loss? It's horrific but it's not unique, unfortunately, it happens daily, " Cope said.

Firearm deaths include both homicides and suicides. Suicides involving guns were responsible for around three times more years of potential life lost across the U.S. from 2009 to 2018, according to the study published earlier this week.

"This is something that's often not talked about. There's a culture of shame around it," Ceartas said. "As a community, we must realize that this is happening and educate ourselves and others about when it comes to firearms, the importance of safe storage, to putting that time in between somebody having the thought of committing suicide into them being able to access that lethal means."

While the nationwide study relied on data from 2018, the problem is still continuing to play out.

On Thursday, the Durham Police Department reported homicides throughout the city were up 35% last year. Throughout central North Carolina, reports of teenagers involved in shootings occur weekly.

"We're looking at...perpetrators and victims becoming younger and younger. These programs really focus in on those who are most at risk for either perpetrating or becoming victims of gun violence and providing them with much-needed social services, mediating conflicts and preventing retaliation," Ceartas said.

She and others would like to see these intervention programs increase throughout the state.

Cope is working with Raleigh leaders on gun violence interruption; ways to break the cycle of violence for communities before guns and incidents unfold.

"If you start offering teens positive ways in life, if you give them other options other than violence, you may not see the reduction in gun violence immediately but they'll come and you'll also see good positive outcomes," he explained.