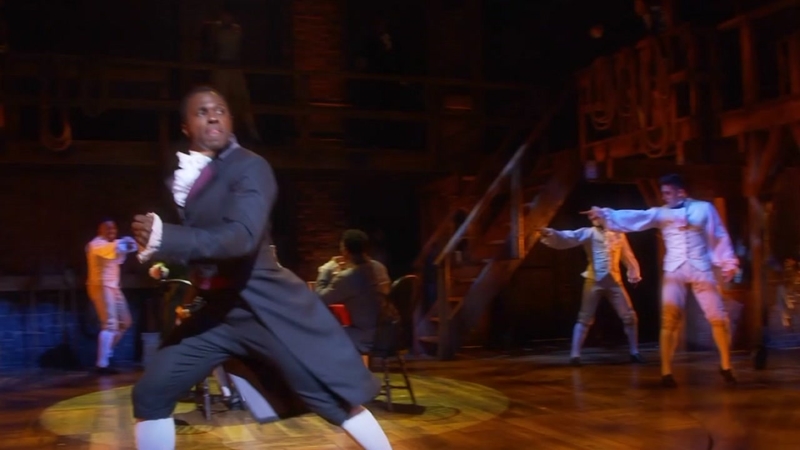 Elon Alum Starring in Hamilton at DPAC is living dream

DURHAM, N.C. (WTVD) -- Starring in Hamilton is a goal for many actors.

For 2017 Elon University alum Fergie Philippe, starring in Hamilton at the DPAC is a dream come true.

"The DPAC is where I watched a lot of shows in college and I watched a lot of my friends become alumni and go work at the DPAC and it was a very big goal of mine to bring a show to the DPAC so I could hopefully inspire other generations of Elon students and see my teachers again," explained Philippe.

He plays two roles in the touring production of Hamilton, Hercules Mulligan, and James Madison. Hamilton is the story of America's Founding Father, Alexander Hamilton, an immigrant from the West Indies who became George Washington's right-hand man during the Revolutionary War and was the nation's first Treasury Secretary. The score blends hip-hop, jazz, blues, rap, R&B, and Broadway.

Philippe said one of his favorite parts of starring in Hamilton is the outreach including the Hamilton Education Initiative (aka #EduHam).

The cast also has been vocal in encouraging everyone to take part in a democracy by voting. Opening night, November 6, at the DPAC is election day.

"We signed up to help people register to vote we are very excited and very passionate about getting people to get out and vote this year. It's not lost on us we'll be performing this show on a night that's incredibly important and on a night that could change the course of our country," Philippe said.

Limited tickets are still available and 40, $10 tickets will be drawn at 11 a.m. the day before each performance.