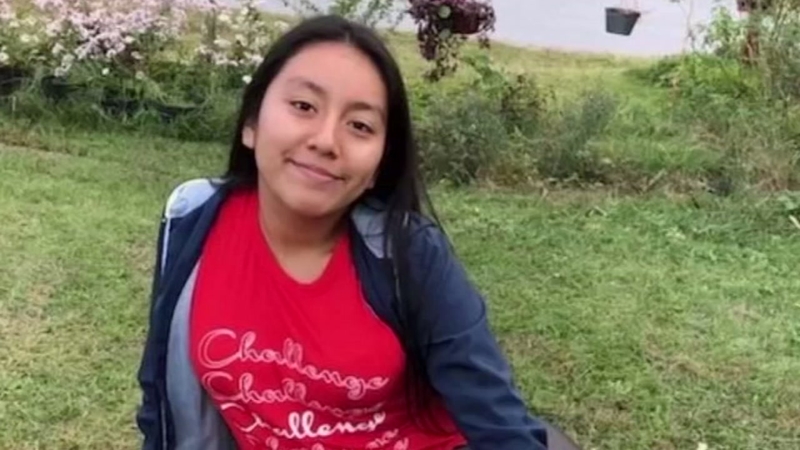 LUMBERTON, N.C. (WTVD) -- The father of Hania Aguilar has been denied a temporary visa, which would have let him enter the United States to attend his daughter's funeral, despite hundreds of thousands of online requests.

Last week, an online petition surfaced which requested that officials allow him to come to America from Guatemala to say his final goodbyes to his 13-year-old daughter after she was kidnapped and killed in November.

The father's attorney, Naimeh Salem, told WSOC that the visa was denied because "he doesn't have enough ties to the country."

Wednesday marked exactly one month since Hania was taken from her Lumberton home.

Agents with the FBI and officers with Lumberton Police Department are still trying to track down the person(s) responsible for Hania's kidnapping and death.

Officials said a man forced Hania into a stolen SUV on Nov. 5 while she waited outside her home to go to school.

The vehicle was found on Nov. 8 on Quincey Road, roughly 10 minutes from where Hania's body was found nearly three weeks later.


Authorities are still trying to identify the man seen walking near her abduction site.

The medical examiner's office is still in the process of officially confirming Hania's identity with dental records. It is also conducting an autopsy and toxicology testing.

The State Crime Lab is also working to process the latest evidence collected from the body and from Wire Grass Road in Robeson County, where Hania was found.

There was no definitive timeline for when the testing would be completed, the FBI said Wednesday.

The FBI said it continues to encourage the public to support investigative efforts by providing information to the tip line at (910) 272-5871.