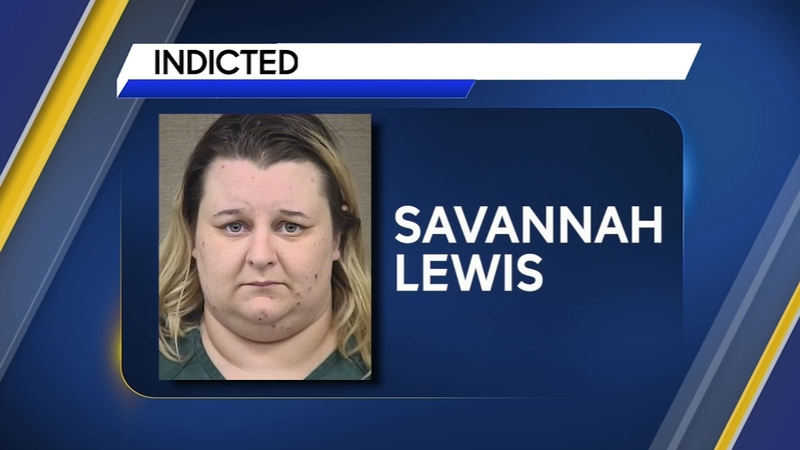 HARNETT COUNTY, N.C. (WTVD) -- A Harnett County mother accused of starving her two children has been indicted on felony charges.

Savannah Lewis was charged with felony negligent child abuse after detectives discovered her two malnourished children inside their home on Heritage Drive in Cameron following reports of drug activity at the home.

"It's a mess and it makes the whole neighborhood look bad," said neighbor Alexis Spruiell.

Neighbors said it was painful for them to live next to but the children inside the home had it much worse.

According to a press release from the Harnett County Sheriff's Office, the home was infested with roaches and there were piles of trash covering the floors.

Worst of all, investigators found two starving children with special needs ages 13 and 15 when responding to reports of drug deals.

"I've sat on the front porch and watched them. Car pulls in one of them will walk out. They'll do something through the window and person goes back in the house," a neighbor said.

Investigators said Lewis's 13-year-old and 15-year-old children were so underweight that neighbors thought they were young kids.

"I thought they were like six and seven years old," one neighbor said.

ABC11 found that the two children went to school in Harnett County.

"Under state and federal law regarding confidential student records, we cannot share specific information, but we have reviewed this matter, and we are confident that Board policy has been followed," said Natalie Ferrell, spokeswoman for Harnett County Schools.

Meanwhile the mother of Savannah Lewis is coming to her daughter's defense.

"There's much more to this story," she told ABC11.