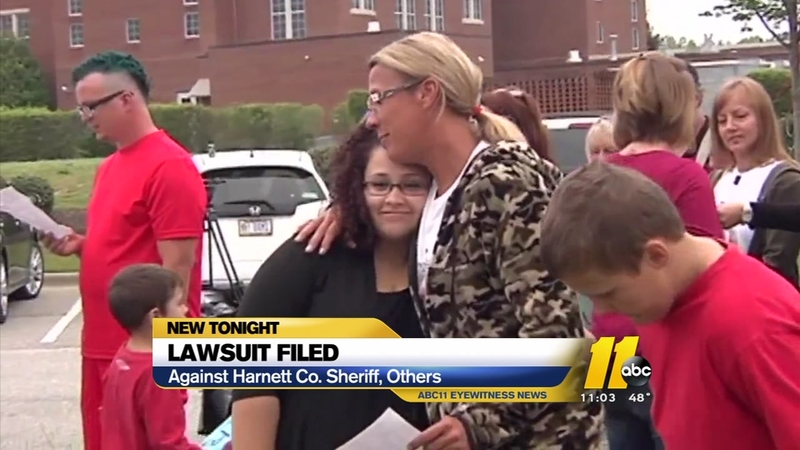 LILLINGTON (WTVD) -- A federal lawsuit filed Wednesday by five Harnett County residents, including the family of a man killed by a law enforcement officer a year ago, claims that deputies engaged in patterns of abuse and multiple violations of civil rights.

The plaintiffs include the family of John David Livingston, a 33-year-old Lillington man who was shot and killed on his front porch last November by a deputy.

The deputy, Nicholas Kehagias, is named as one of the defendants in the new lawsuit.

In April, a grand jury declined to indict Kehagias in Livingston's death. He could have faced second-degree murder charges.

Livingston's death followed a fight with two Harnett County deputies who were reportedly looking for another man who had previously resided in the home.