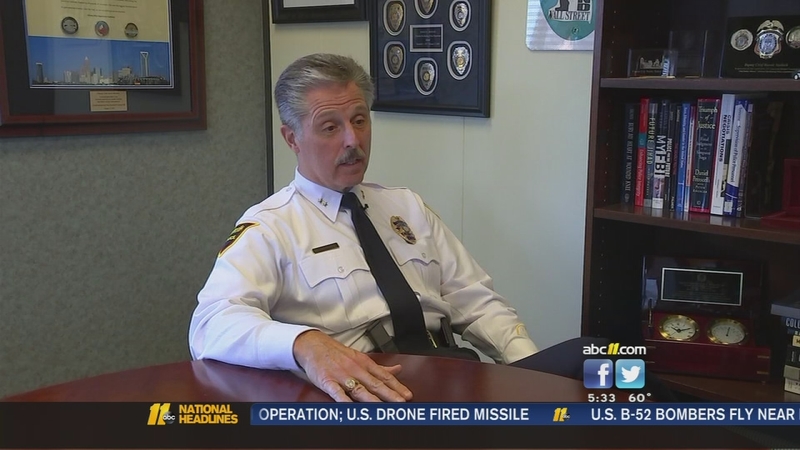 FAYETTEVILLE (WTVD) -- Fayetteville Police Chief Harold Medlock minces no words when it comes to a string of recent events involving suspects turning guns on his officers.

"We have a small number of idiots in our midst," said Medlock. "What these people don't understand is we will not stop. We cannot stop because a criminal points a gun at us."

"I'm going to be intolerant of those people who try to hurt my officers," he continued.

Still, Medlock says pulling the trigger is the last option for his law enforcement officers.

"It's our job to slow it down and try to resolve that as peacefully as he can," said Medlock.

The police chief's comments come in light of some tense incidents that had the potential to be deadly.

On Oct. 29, police say a drunk suspect was actively shooting in the neighborhood, and threatening those around him when police arrived on scene. On Nov. 4, the guns turned on officers during an arrest attempt along Preston Avenue.

Finally, this week, Medlock said two female detectives, who happen to be mothers, faced the barrels of guns in the hands of three teenage suspects. Medlock said the teens wanted to intimidate the detectives and force them to end a high-speed chase. Instead the chase ended with the teens arrested and facing a number of sexual assault and robbery charges tied to a two-day crime spree.