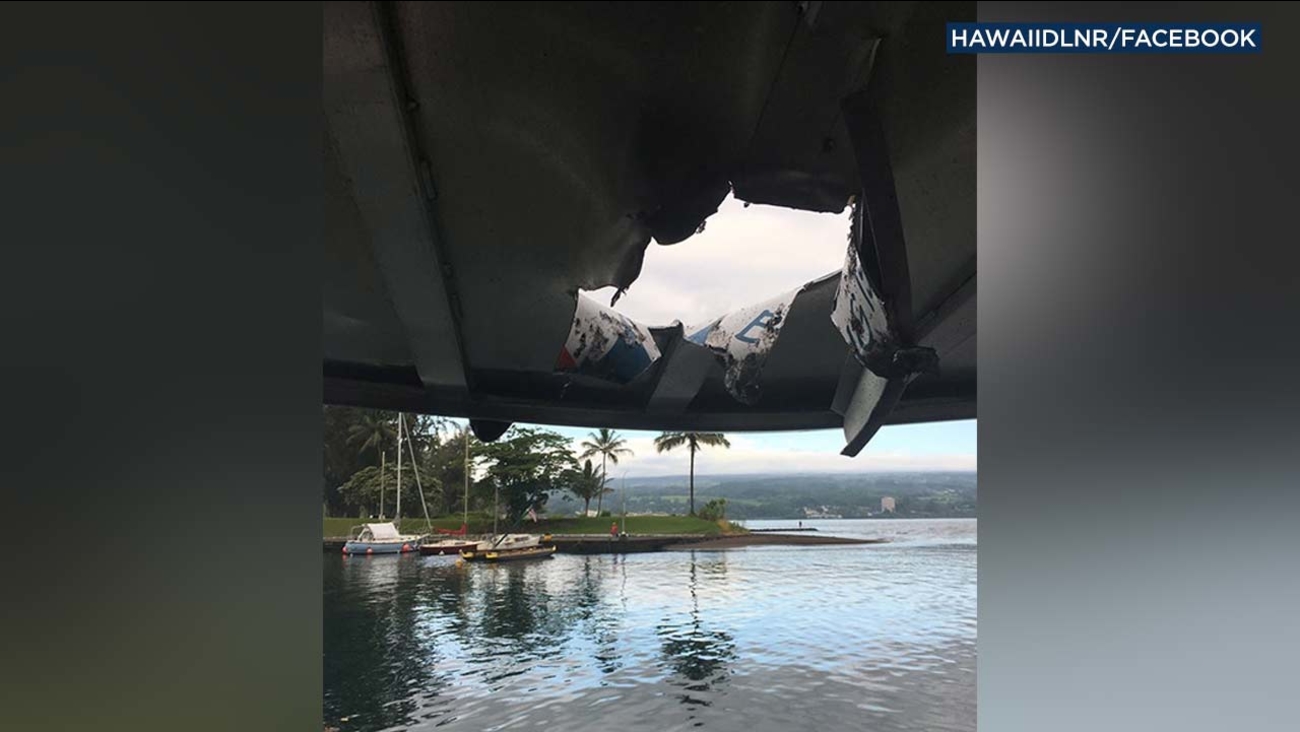 HILO, Hawaii -- Twelve passengers on a tour boat in Hawaii were injured after a lava bomb from the Kilauea volcano punctured the roof of the vessel.

According to the Hawaii County Fire Department, the incident occurred early Monday morning. A lava bomb punctured the roof of the boat, leaving a large hole in the vessel and damaging one of the boat's railings.

After the sun went down, lava from Kilauea took on an uncanny appearance as it ravaged the Hawaiian landscape.

The boat managed to return to Wailoa Harbor in Hilo around 7 a.m. with the twelve passengers - all with varying degrees of injuries.

Of the 12 injured passengers, three were taken by ambulance to Hilo Medical Center. Two passengers were in stable condition. One, a woman in her 20s, was in serious condition with a fractured femur. The remaining nine passengers drove themselves to the hospital, and the fire department reported that their injuries were superficial.

The nearby Gemini Observatory had a dazzling view of stars dancing above a glowing Kilauea.