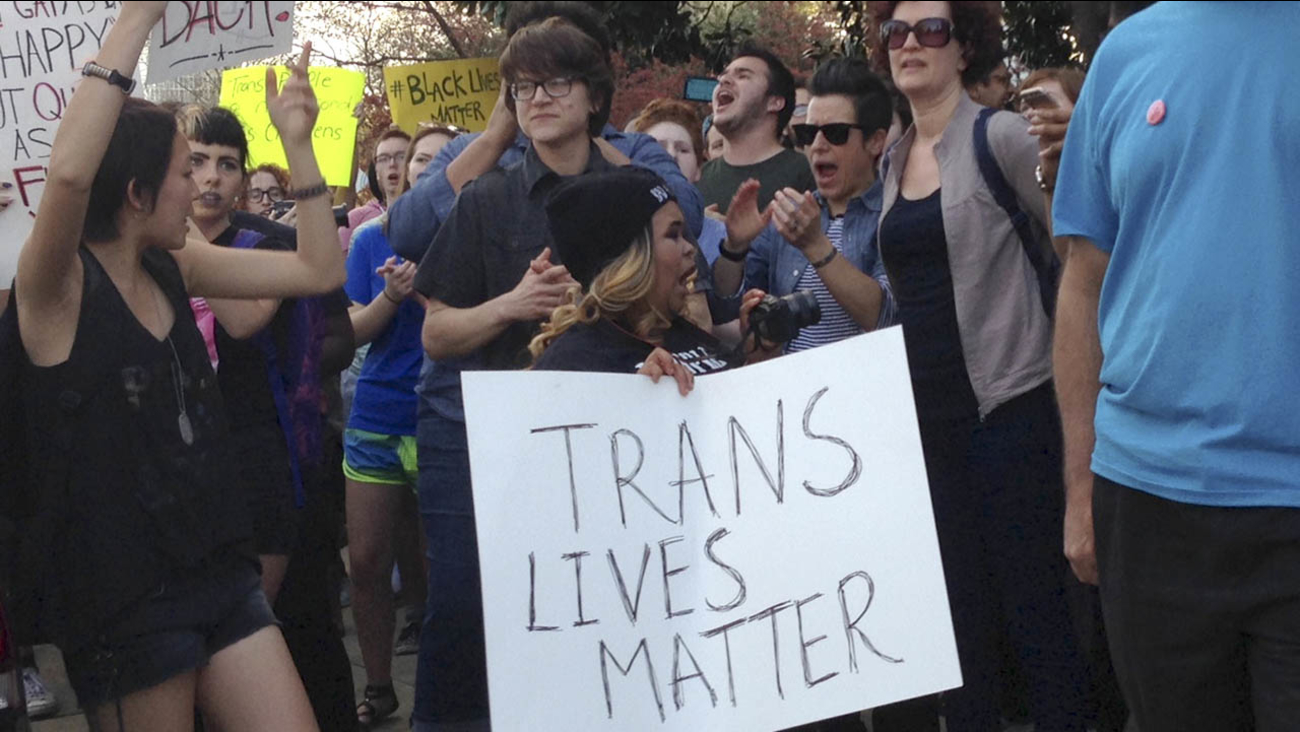 GREENSBORO, N.C. -- Stagehand Kery Eller doesn't own any Bruce Springsteen albums, but he would smash them if he did.

Eller says he expected to earn at least $3,000 working the sold-out Springsteen concert and other high-profile shows around the state before artists canceled the events in protest over North Carolina's new LGBT law.

Eller and about 100 members of the local union of the International Alliance of Theatrical Stage Employees are among the many workers and businesses caught in the crossfire of the national debate over LGBT rights and feeling the economic shockwaves from the growing number of canceled shows. Hotels, restaurants, bars and even community groups who work arena concession stands say they are suffering from the boycott.

"It's my livelihood; it's where I make my money," Eller said. "It's not just hurting the entertainment industry. It's hurting our state overall, period. And I'm not talking politically at all."

The wide-reaching law that directs transgender people to use the public bathroom that aligns with the sex on their birth certificate was signed by Republican Gov. Pat McCrory in March. Since then, Pearl Jam, violinist Itzhak Perlman, Ringo Starr and Cirque Du Soleil have canceled. On Friday, the pop group Maroon 5 became the latest entertainer to decide to skip the state. Other acts performed but donated proceeds from their shows to groups fighting the law.

McCrory, who has sued the Justice Department over its directive allowing transgender students to use their preferred bathroom, has continued his support of the law. His campaign issued a statement Friday condemning Maroon 5's recent cancellation, saying the artists' boycott only hurts people of North Carolina and arena employees.

The last-minute cancellations are disappointing to fans, but more devastating to venue staff, said promoter Gregg McCraw, owner of MaxxMusic in Charlotte.

"Springsteen fired the first shot, and he cancelled that show only two or three days before the show," McCraw said. "That had a major impact. The venue clearly couldn't get anything else in there."

McCraw said the impact is likely to affect the North Carolina live music industry for months to come because artists and agents are wavering on whether to even schedule shows in North Carolina four to six months from now.

"So there will be a period, and none of us know how long this will last, before something happens in a positive way," he said.

The Greensboro Coliseum Complex, the city's economic powerhouse, estimated it lost $188,000 from three no-shows so far, according to Ted Oliver, chairman of the advisory board to the complex. The city sent the governor a May 12 letter asking him to reconsider his support of the law.

"When we hear that the coliseum is suffering, what that really means is the employees are suffering," Greensboro Mayor Nancy Vaughan said. "People who work part-time to balance their budget. That affects workers in hotels, housekeeping, front desks. These are people who are dependent on every single paycheck."

For a large event like Bruce Springsteen, the venue would have hired part-time work from 225 event staff, 60 parking staff, 30 housekeepers and about 100 stagehands, said Andrew Brown, a spokesman for the coliseum complex.

Concessions booths staffed by organizations such as the Walter Hines Page High School Band Boosters, who get a cut of the funding for their programs, were left with nothing. They can reap at least $600 a night when the shows are on, which helps them pay to dry clean uniforms and feed the marching band before away games.

Small business owners that share Gate City Blvd with the Coliseum say it's too early to quantify how much the cancellations have cost them, but the events are usually big business.

Badreldin Mustafa, general manager at Tito's Pizza, said a concert night nearly doubles his business because visitors must walk by to get to the coliseum. Jesus Macias, who owns La Bamba Mexican restaurant, said servers rely on tips from those three or four major events to balance out a dwindling stream of regulars the rest of the year.

Owners of some restaurants declined to comment, saying they didn't want to be entangled in personal and political implications. Both Time Warner Cable Arena in Charlotte and PNC Arena in Raleigh, which have lost Demi Lovato & Nick Jonas and most recently Maroon 5, declined to comment on the cancellations.

Near the Greensboro coliseum, owner and manager Ziad Fleihan of Ghassan's, a kabob and sandwich shop with a location two blocks from the coliseum, said the potential economic effect is scary.

"We should be making laws that bring business to North Carolina rather than creating barriers keeping people away from the state. The goal of business is to make money," he said.

He is also worried about the NCAA pulling its championship events out of the state. The coliseum and the accompanying Greensboro Aquatic Center are slated to host NCAA basketball tournament games in 2017 and NCAA swimming and diving championship games in 2018. It's not yet clear whether the NCAA will keep the events in North Carolina.

"I think that we can continue to try to get the message out that Greensboro is an inclusive city and not to punish us," said Vaughan, the Greensboro mayor. "It really is punishing the city when acts don't come here and people continue to feel the brunt of that decision."