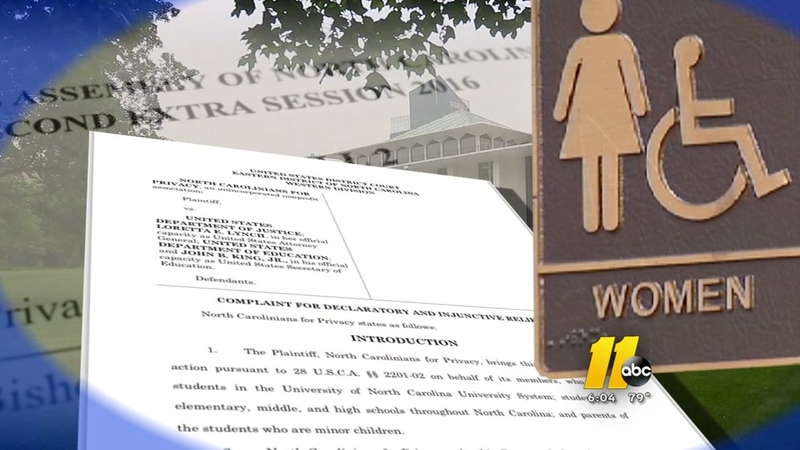 The latest on HB2

RALEIGH (WTVD) -- Billions of dollars in federal funding won't be held hostage as the legal fight over House Bill 2 plays out.

White House spokesman Josh Earnest said an administration review is on hold about whether the law could force federal agencies to freeze money for health, education or housing programs. He said the agencies will wait for the courts to determine whether the law violates the Civil Rights Act.

"As Governor McCrory has said all along, his administration's assertive action against Washington overreach will protect federal funding for schools and other services while allowing the courts (to) resolve this issue," said Josh Ellis, the governor's communications director.

The Justice Department and North Carolina Gov. Pat McCrory sued each other Monday. At issue is a state law that says transgender people must use public bathrooms that correspond to the sex on their birth certificate.

Critics of the law said the state's lawsuit is a waste of time and money.

"The courts have already spoken. This is a frivolous lawsuit," said North Carolina NAACP President the Rev. William Barber.

The NAACP is gearing up for another massive Moral Monday demonstration. The last time, about 1,000 people rallied and dozens were arrested.

The civil rights group is pushing for a repeal of HB2 and criticizing McCrory for going to bat against the federal government.

"This bill is morally indefensible, it's constitutionally inconsistent, and it's economically insane," said Barber. 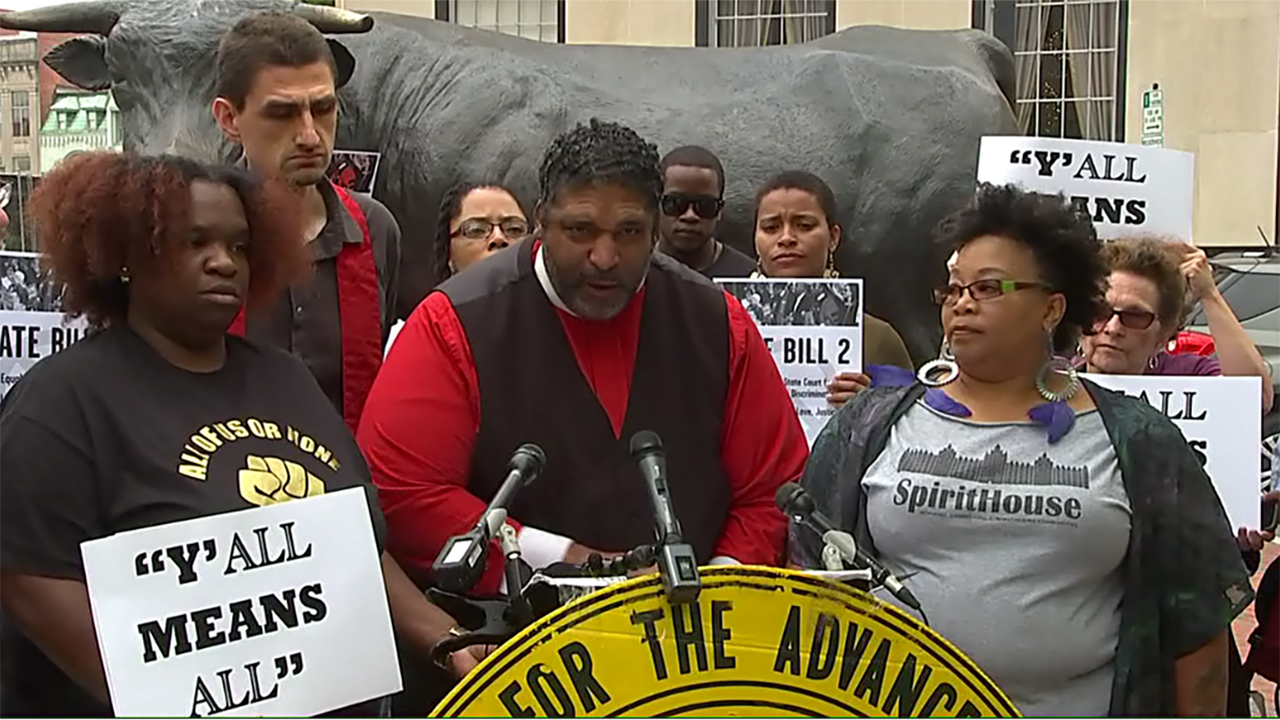 The new chairman of the NC GOP called on Attorney General Roy Cooper to denounce the Moral Mondays.

"As North Carolina's chief law enforcement officer and candidate for Governor, it is imperative the people of North Carolina know where Roy Cooper stands," Robin Hayes said. "As someone who was 'encouraged' by the actions of the Moral Monday crowd, does Cooper stand with the taxpayers of North Carolina or the few far-left activists paid for by out-of-state special interest groups to push for higher taxes and bigger government?"

A new report finds the state could lose $5 billion a year because of HB2. The research was done by The Williams Institute, which is based at UCLA's law school.

READ THE FULL REPORT BY THE WILLIAMS INSTITUTE (.PDF)

The ACC is weighing whether to keep its conference championship games of North Carolina.

The league released this statement:

"The Atlantic Coast Conference and its member institutions remain committed to equality, diversity and inclusion. Discrimination in any form has no place in higher education and college athletics, and the safe and respectful treatment of all student-athletes, coaches and fans, regardless of gender, will remain a priority. During the 2016 ACC Spring Meetings, the league's Faculty Athletics Representatives, Athletics Directors, Senior Woman Administrators and student-athlete representatives discussed North Carolina's HB2 and its effects. The membership strongly supports the league continuing to engage at the highest levels regarding the effects of this law on its constituents as it evaluates current and future events and championships within the state of North Carolina. The league will also require commitments to provide safe and inclusive environments from sites for which there are current commitments for ACC Championships."

Others continue to back McCrory and the state. The latest legal action over HB2 was a federal lawsuit filed by a Christian conservative group on behalf of North Carolina parents and students.

"Every student has the right and expectation of privacy when they go into a locker room or shower," said Alliance Defending Freedom attorney Kellie Fiedorek.