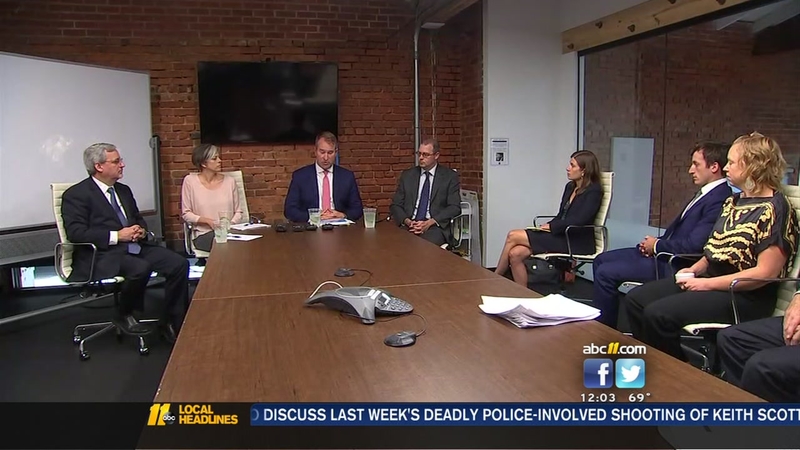 "Not only does this bill invalidate the human rights of individuals across the state, but it also has troubling financial implications for the investment climate in North Carolina," offered Joshua Humphreys, President of the Croatan Institute.

Participants in Monday's news conference said they represent investors with more than two trillion dollars in assets, and want to see a full repeal of HB2.

"Prominent private equity investors have begun to boycott the state. In public finance, major credit rating agencies such as Moody's and Standard & Poor have both issued guidance related to the law based on the potential negative economic impact," said Humphries.

Unlike high profile entertainers and some businesses, the investors are not calling for a boycott of North Carolina, but they say the issue of transgender rights puts the state's triple-A bond rating at risk as investors reevaluate North Carolina's potential for growth.

"This latest attack on North Carolina values is being coordinated by the same people who manage the New York City pension fund that is on the verge of an 'operational failure,' according to a recent report. For New York hedge fund billionaires to lecture North Carolina about how to conduct its affairs is the height of hypocrisy. Sadly, we are not in the least bit surprised by this attack... Hillary Clinton and Roy Cooper have raised ungodly amounts of money from the very people from Goldman Sachs and Wall Street who hosed everyday working North Carolinians during the Great Recession."

Last week, hopes for a possible compromise on the HB2 issue came to a halt when Republican legislative leaders and Gov. Pat McCrory suggested they would consider a prompt special session to rescind HB2 if the city of Charlotte first repealed their LGBT city ordinance.