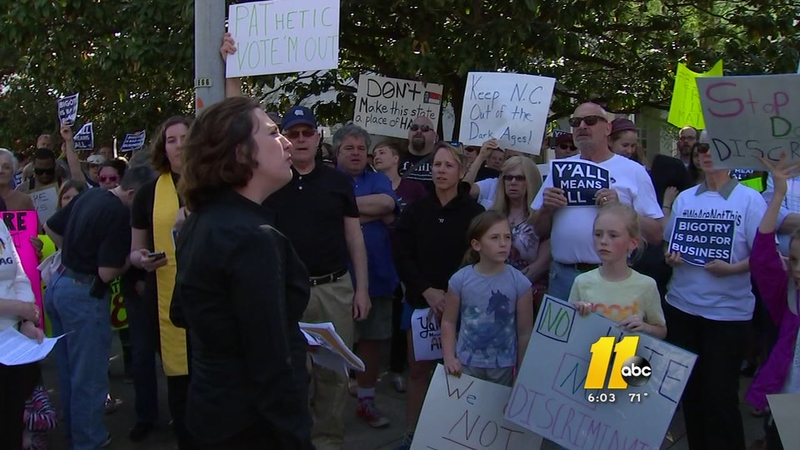 Hundreds were there at the protest calling for Pat McCrory to repeal the law.

The law, approved by the Republican legislature and GOP Gov. Pat McCrory, responded to a Charlotte City Council ordinance approved in February that would have extended protections to gays and lesbians as well as bisexual and transgender people while at hotels, restaurants and stores. Charlotte also would have allowed transgender people to use the restroom aligned with their gender identity.

CEOs of major corporations as well as political leaders have voiced their opposition to the bill.

Local businesses such as the popular Fullsteam Brewery in Durham have also said they don't agree with the law. In a letter to Governor Pat McCrory, Fullsteam owner Sean Wilson asked to be removed from "Nothing Compares" section on the North Carolina Commerce website.