WTVD
By Ed Crump
ROLESVILLE, N.C. (WTVD) -- A Rolesville High School student has been arrested and charged with making a false report of mass violence at the school.

And although he is only 16, he is being charged as an adult.

Rolesville police say Kelton Kombo called 911 Thursday to report a threat at the school but it was a hoax.

Someone shot a video of him making the call from inside the school and posted it on Snapchat with the caption "He trippin.'"

In it, you can hear laughing and see a phone screen dialing 911.

On the actual 911 recording, you can hear the dispatcher say, "911. Location of your emergency."

But when the call first came in, the school was put on "code red."

Students tell ABC11 at first they were confused.

"We didn't think it was a drill because it was only the fourth day of school. So, you know, it kind of shook everyone. We were like is it real? What's going on? We didn't know," said Rolesville student Landon Faircloth. 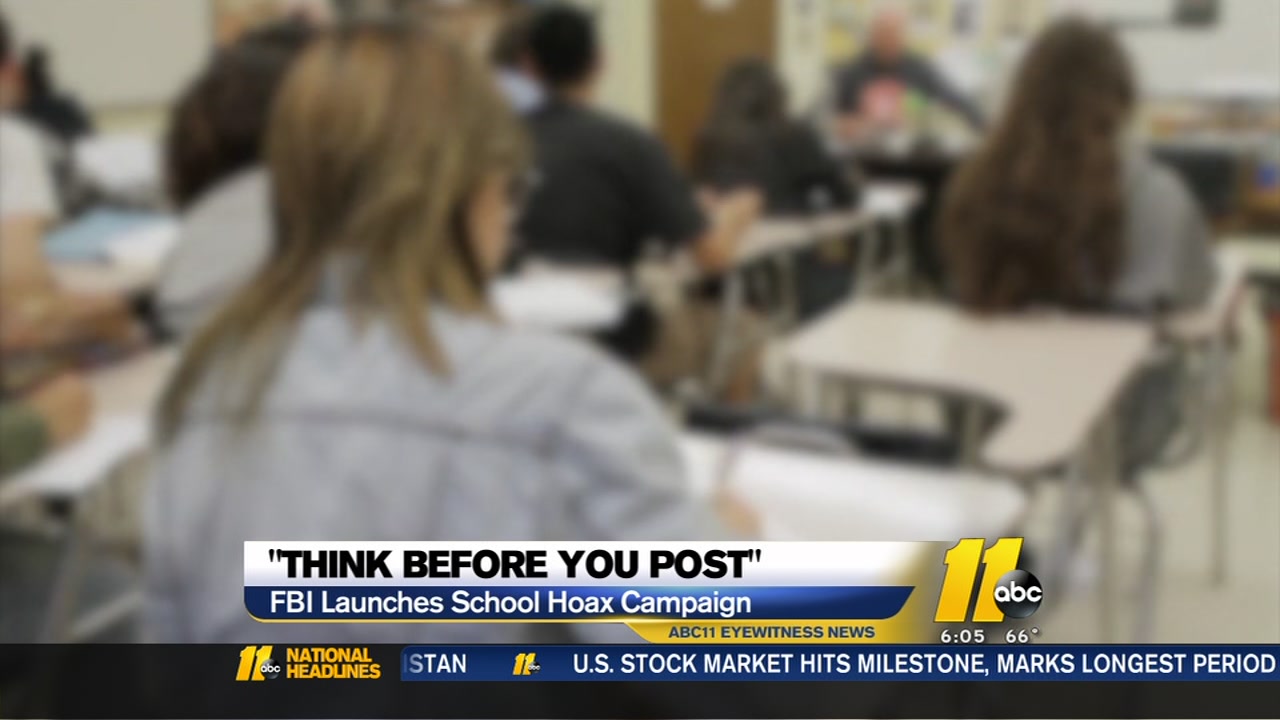 Law officers sound warning about prank calls in wake of school shootings
Local and national law enforcement officials have a message for students as the new school year approaches: Think before you post.

Student Zayne Holcombe said, "All of sudden like, you know, the announcement came on 'code red.' And so at first, we all thought it was a drill because we have these drills like every semester or whatever. And then once my teacher like started like tensing up I was like, 'OK, this is serious.'"

One picture obtained by ABC11 shows the inside of a classroom during the lock-down. 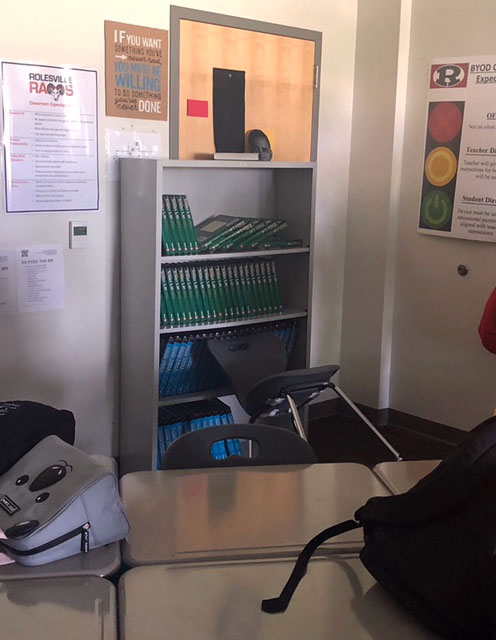 You can see a bookcase and a chair wedged up against the door.

And a video taken in the gymnasium shows student sitting along the wall in complete silence.

Later, when Holcombe and others saw the video on social media, they were disgusted.

He said, "You had a bunch of people like having anxiety attacks and freaking out and stuff all for a joke or like a 'joke.' Really it wasn't even a joke."

Faircloth said he couldn't believe that in the current atmosphere anyone would think the stunt was funny.

"With all the shootings that have happened recently you would think that people would know that you don't play around with it," he said.

Kombo, the student charged with making the call, is a junior, according to a spokesperson for the Wake County Public School System.

Kombo posted a $10,000 bond and was released from jail overnight.

This morning he faced a judge for the first time on the charge.

Neither Kombo nor the adult woman who was with him in court would comment on the case.
Report a correction or typo
Related topics:
rolesvillewake countyhoaxschool threatwake county schools
Copyright © 2021 WTVD-TV. All Rights Reserved.
More Videos
From CNN Newsource affiliates
TOP STORIES