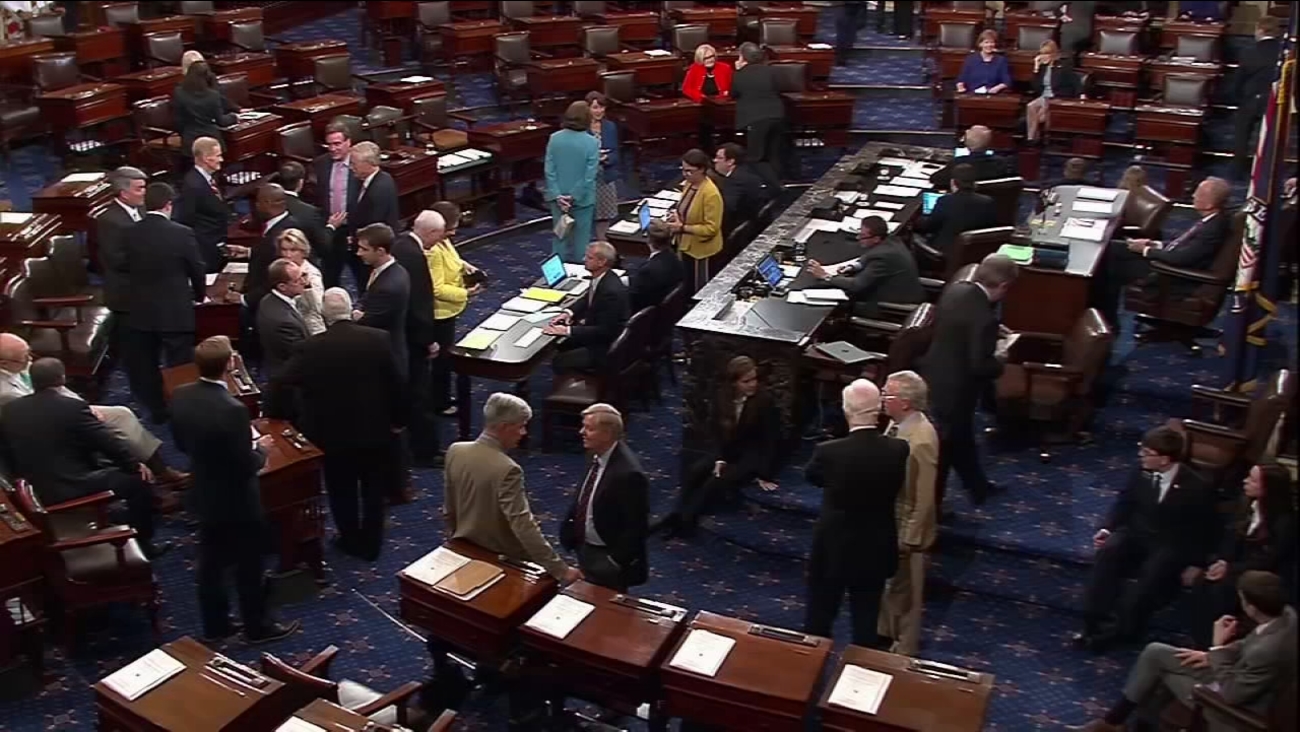 WASHINGTON -- In a bruising setback, Senate Republican leaders are delaying a vote on their prized health care bill until after the July 4 recess, forced to retreat by a GOP rebellion that left them lacking enough votes to even begin debating the legislation, two sources said Tuesday.