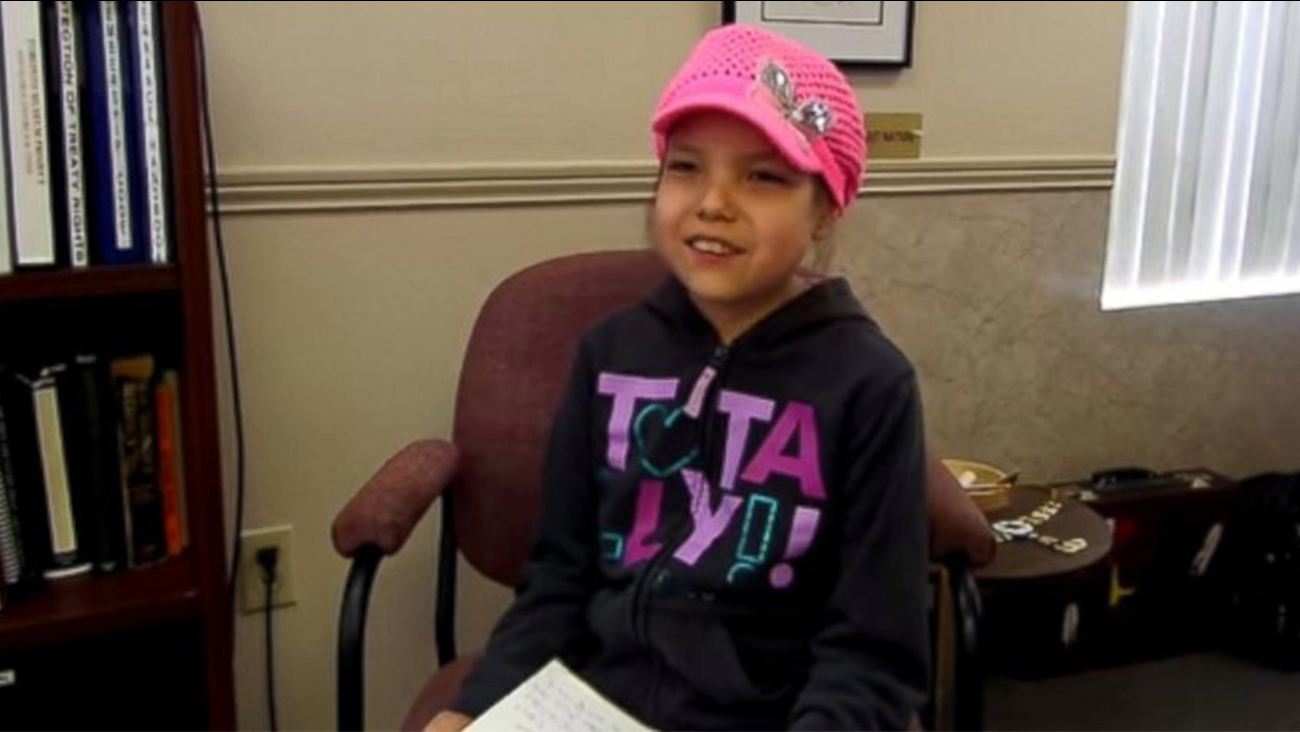 The death of an 11-year-old girl, who sparked headlines after her family agreed to let her stop chemotherapy, is currently under investigation.

Makayla Sault, a member of the First Nations tribe in Canada, died after suffering a stroke on Sunday, Jan. 18. In a statement, the family blames the effects of 12 weeks of chemotherapy she had endured before she had stopped treatment, ABC News reported.

Makayla sparked national headlines last May after, at her request, she stopped chemotherapy treatment for her acute lymphoblastic leukemia. The family was soon investigated by a division of Canada's Children's Aid Society, which ultimately allowed the family to continue to care for Makayla without requiring the chemotherapy treatments.

In a video statement, Makayla explained why she asked her parents to stop chemotherapy in favor of "traditional" medicine.

Tap to view if on News app.

"I know that what I have can kill me, but I don't want to die in a hospital in chemo, weak and sick," Makayla said in the video, reading from a paper. "Jesus told me I am healed, so it doesn't matter what anybody says."

The family said it was not the disease that killed Makayla, but rather the effects of the chemotherapy.

"Makayla was on her way to wellness, bravely fighting toward holistic well-being after the harsh side effects that 12 weeks of chemotherapy inflicted on her body," the family said in a statement. "Chemotherapy did irreversible damage to her heart and major organs. This was the cause of the stroke."

McMaster Children's Hospital in Hamilton, Ontario, where Makayla was treated, said it had no comment on the claims in the family's statement. The hospital did however, release a statement sharing its condolences for Makayla's family:

"Everyone who knew Makayla was touched by this remarkable girl," said the statement, signed by Peter Fitzgerald, the hospital's president. "Her loss is heart-breaking. Our deepest sympathy is extended to Makayla's family."

A spokesperson for the office of the chief coroner in Ontario told ABC News that there was an ongoing investigation into Makayla's death, but that it was a routine investigation sparked by the earlier Children's Aid Society probe.

Chief Bryan LaForme, a spokesperson for Makayla's family, told ABC News that the girl did not have any signs of leukemia at the time of her death. He noted that it was Makayla, herself, who asked to stop treatment and that her family supported her decision.

Dr. John Letterio, chief of pediatric hematology and oncology at University Hospitals Rainbow Babies & Children's Hospital in Cleveland, said it was unlikely that chemotherapy drugs could have caused a stroke months after Makayla stopped treatment.

"One of the chemotherapy agents we use has the risk for some heart problems (but) it's so very, very rare," said Letterio.

According to Letterio, the chance of complications would also be further reduced if Makayla was out of chemotherapy treatment for months.

However, Letterio said if Makayla did have active leukemia disease, there's a chance cardiac complications could occur.

"Leukemia, in essence, goes everywhere the blood stream goes. Those cancer cells can accumulate," said Letterio. "It could be a complication of her disease if it began to march along. It's hard to tell."

Makayla's death came a few months after an Ontario judge ruled on a similar case in which an unidentified girl, also part of the First Nations tribe, refused chemotherapy. In that case, the judge ruled the family of the girl would be allowed to pursue alternative treatment and stop chemotherapy in part because of their "aboriginal right."

ABC News contributed to this story.