KTRK
By Pooja Lodhia
TOMBALL, Texas -- He's considered the oldest athlete and member of Crossfit Igneous in Tomball, Texas, but to many, he's a true inspiration.

He served more than 20 years in the U.S. Air Force and holds an 8th degree grandmaster rank in Taekwondo.

But for 81-year-old Fred Murphy, he said Crossfit is the secret to his fountain of youth.

In 2018, it all came to a screeching halt, and Murphy was forced to stay out of the gym.

"I had seven surgeries last year," said Murphy. "(The doctors) just said it was 'a widespread infection,' and it was all through my body."

The infection kept Murphy in the hospital for 52 days.

"In Fred's situation, he was in a really, really bad place," said Crossfit Igneous head coach Matthew Davis. "The doctor told me after I went to visit Fred, we were in the elevator, (and said) 'If Fred wasn't in the type of shape that he's in, most likely this situation could've turned out a lot different for him."

It's done in honor of fallen Navy SEAL, LT. Michael P. Murphy. The challenge consists of running one mile, doing 100 pull-ups, 200 push-ups, 300 squats, then capped with another mile run.

Many across the country participated, including Murphy.

"You don't stop," recalled Murphy. "If you're dragging, you keep going until you finish what you started out."

Murphy said he hopes to practice enough to where he completes a Murph challenge every month.

"When I get to be 83, I'm going to kick butt," he said proudly.
Report a correction or typo
Related topics:
health & fitnesstomballworkoutelderlyveteransmilitaryabc13 plusabc13 plus tomballveteran
Copyright © 2020 KTRK-TV. All Rights Reserved.
ABC13 PLUS 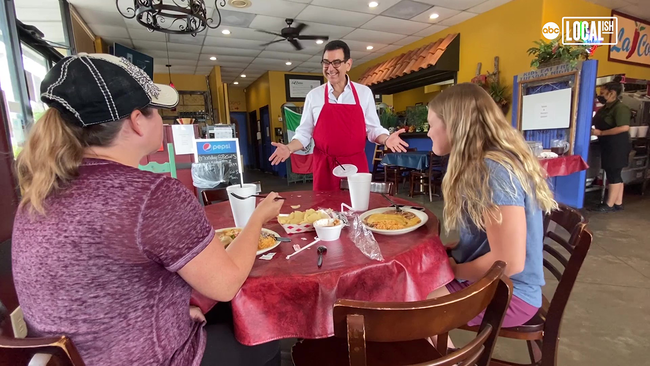