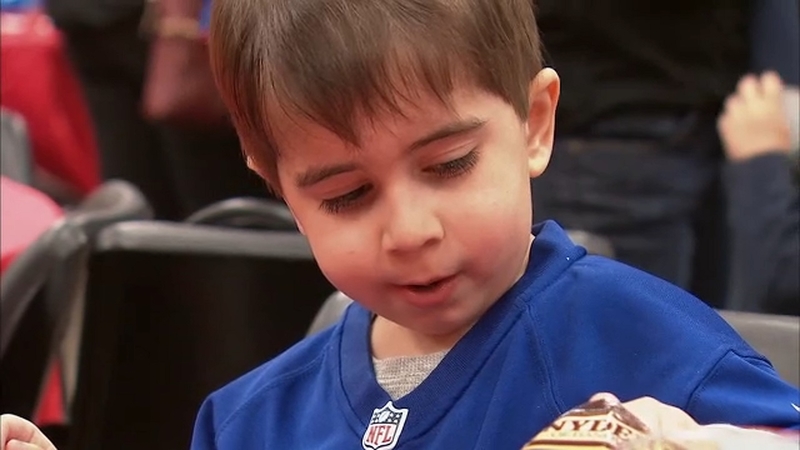 WYCKOFF, New Jersey -- Six-year-old Tommy may be shy, but he is a fighter.

He was diagnosed with brain cancer last February. His most recent brain surgery, his seventh, was two weeks ago.

By looking at him, you would never know how much he suffers.

So why a celebration? The Fitzpatrick family raised $50,000 for pediatric cancer research, and they wanted a chance to thank their community.

"Unbelievable ... heartwarming ... overwhelming; shows how great everybody is - they rallied around us and Tommy," Christine said.

It all began with #TommyStrong t-shirts for the family to help get them through months at the hospital.

Then, friends and strangers wanted one, too in solidarity. So, the Fitzpatrick family decided to turn a kind gesture into a fundraiser.

They personally paid for hundreds and hundreds of t-shirts, sold them and 100 percent raised - $50,000 went to the Children's Cancer Institute at Hackensack Medical Center.

"It's really unusual to see patients step up like this," said Pediatric Neuro-Oncologist Dr. Derek Hanson. "Very difficult going through diagnosis of cancer, but to be able to think about other people while going through such a difficult time and raise money is something special."

Tommy, the youngest of three, is now back at school.