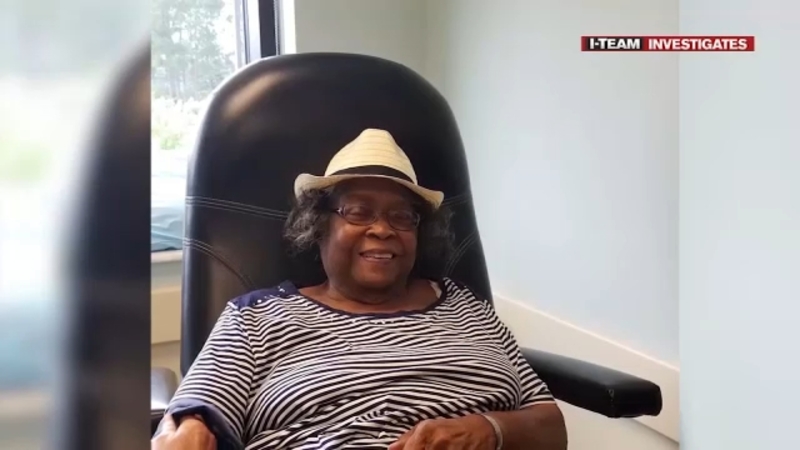 GOLDSBORO, N.C. (WTVD) -- As of March 30, 62.5% of North Carolina's population 75 years old and above is vaccinated against the virus that causes COVID-19. The elderly population was among the first to have access to the COVID-19 vaccines authorized at the end of 2020.

However, not all elderly people had equal access to the vaccine, as Roger Edwards found out when he tried to get his mother, Gloria Edwards, an appointment. His mother, a lifelong Wayne County resident, is 83 years old and has been confined to her bed after a non-COVID hospitalization last fall. He spent the last four months trying to get his mother a vaccine.

"As I started to reach out and call around and get the vaccine for my mom, that's when I started running into brick walls," Edwards said.

When he called the state Department of Health and Human Services, they referred him back to his local health department.

"I was thinking, 'wow, that is weird, it's crazy, it doesn't seem fair,'" Edwards said. "And it became clear that the CDC's rollout strategy had a hold in it and there was a subpopulation that was being overlooked."

Edwards said he was most surprised when he called his mother's home health care staff. They said they couldn't give the vaccine because they didn't have the proper cold storage, and added that their only recommendation was that he and any other visitors to his mom continue to be careful--wearing a mask and washing hands.

"I felt like my mom was being abandoned through no fault of her own," Edwards said. "And not just her, all the others like her. Because they were immobile, because they're bed-confined, and because they can't wait and lie in a stretcher at one of these vaccine sites, that they were being left behind."

North Carolina Department of Health and Human Services estimates approximately 97,000 people are homebound statewide. In March, the state acknowledged this population and created guidance for vaccine providers to reach these people at their homes. However, as NCDHHS chief health policy officer Dr. Charlene Wong explained, it's not always easy to get doses to people where they live.

"I think one obvious challenge for the logistics of actually getting vaccine out to individuals who are in different homes: our vaccines come in vials in multiple doses," Wong said.

RELATED: What happens if you only get one shot of the Pfizer or Moderna vaccine?

Each type of vaccine--Pfizer, Moderna, and Johnson & Johnson--needs to be used within a short period of time after the vial is opened--about six hours if the vial can stay refrigerated, and even less if at room temperature.

Wong said some local organizations are helping navigate some of these obstacles.

She added that there's still work to do, and the state health department is tracking where there are gaps in coverage.

Wong added that the authorization of the one-shot Johnson & Johnson vaccine could make it easier for organizations to reach homebound patients. Doses of the vaccine have slowly ramped up over the last few weeks to 58,000 statewide this week.

Wong's best advice for others in a similar situation was to call vaccine providers in your county--a recommendation Edwards has taken without luck for four months.
Report a correction or typo
Related topics:
health & fitnessgoldsboroelderly womanelderlycoronaviruscovid 19 vaccinei teamcovid 19
Copyright © 2021 WTVD-TV. All Rights Reserved.
COVID-19 VACCINE

What does it mean if you've had the J&J vaccine?