WTVD
By Taylor Lisenby
FRANKLIN COUNTY, N.C. (WTVD) -- A Franklin County boy with a congenital heart defect received a signed proclamation from Gov. Roy Cooper after his mom decided to take her awareness efforts to the next level.

Levi Rund, now 3 years old, was only 2 weeks old when his mom, Holly Rund, noticed early one morning that her newborn was sweating profusely and his breathing was labored.

Rund rushed Levi to WakeMed where doctors worked to help the newborn but complications ensued.

Levi went into cardiac arrest and coded for 26 minutes.

The doctors at WakeMed were able to bring him back. 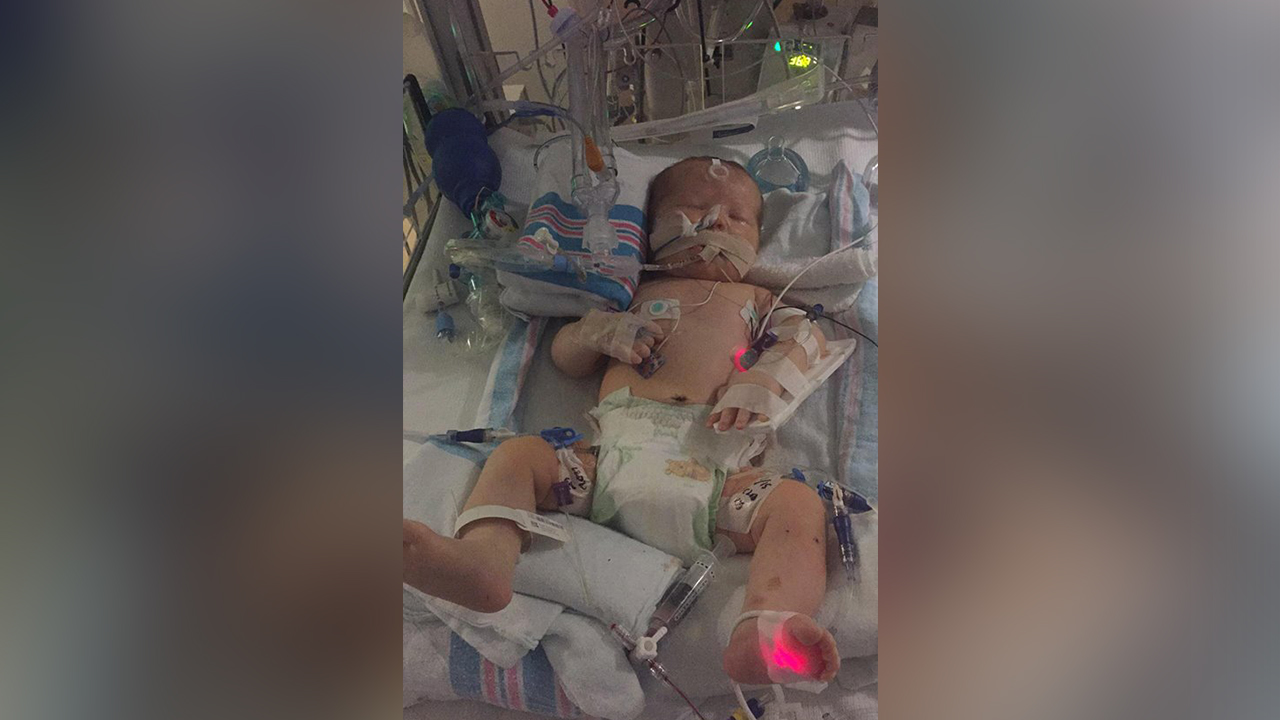 Once Levi was stable enough, he was transferred to Duke University Medical Center where he was diagnosed with Wolff-Parkinson-White syndrome (WPW), a congenital heart defect in which extra electrical pathways in the heart causes a rapid heartbeat.

"I remember sitting there looking at him and was like that was 2 weeks I had and I didn't get to know him," Rund said.

Doctors told Holly that since he was so tiny, they recommended trying a combination of medications to help with his rapid heartbeat.

After weeks in the pediatric cardiac intensive-care unit, the team at Duke found a mix in medication that worked to stabilize Levi's heartbeat. 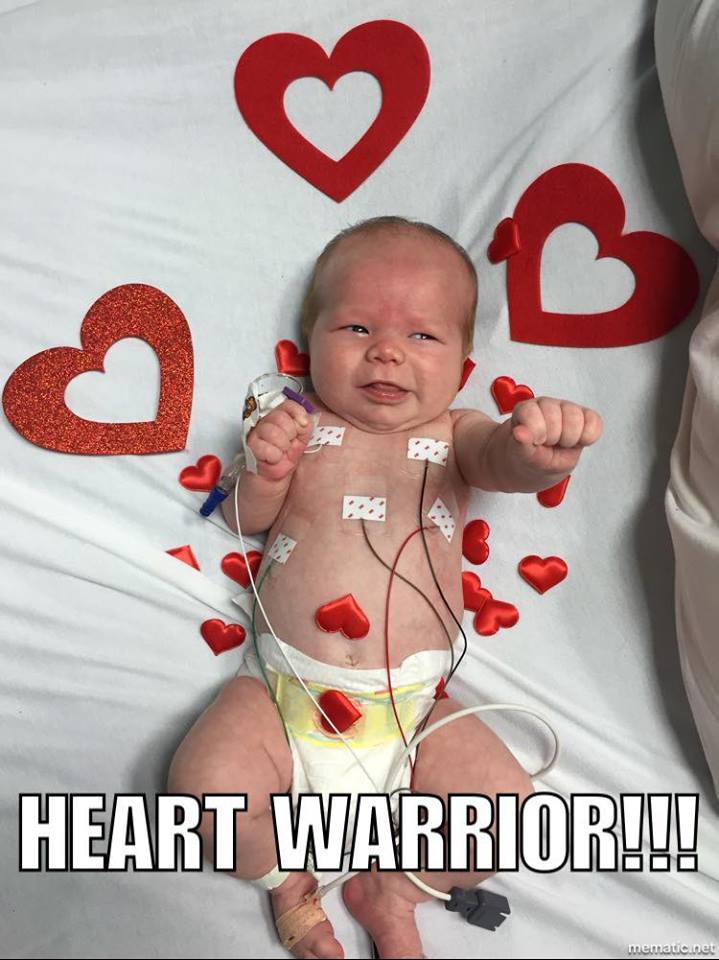 Once his medications were finalized, Levi went home in February 2016, just in time to celebrate his older brother's birthday.

Rund joined many Facebook groups for moms going through a similar situation and she quickly realized there was a small community in the Triangle dedicated to bringing awareness to congenital heart defects and how to spot the warning signs.

After years of talking to moms in the area, she decided to submit a proclamation request to Gov. Cooper on behalf of all the little heart warriors out there. 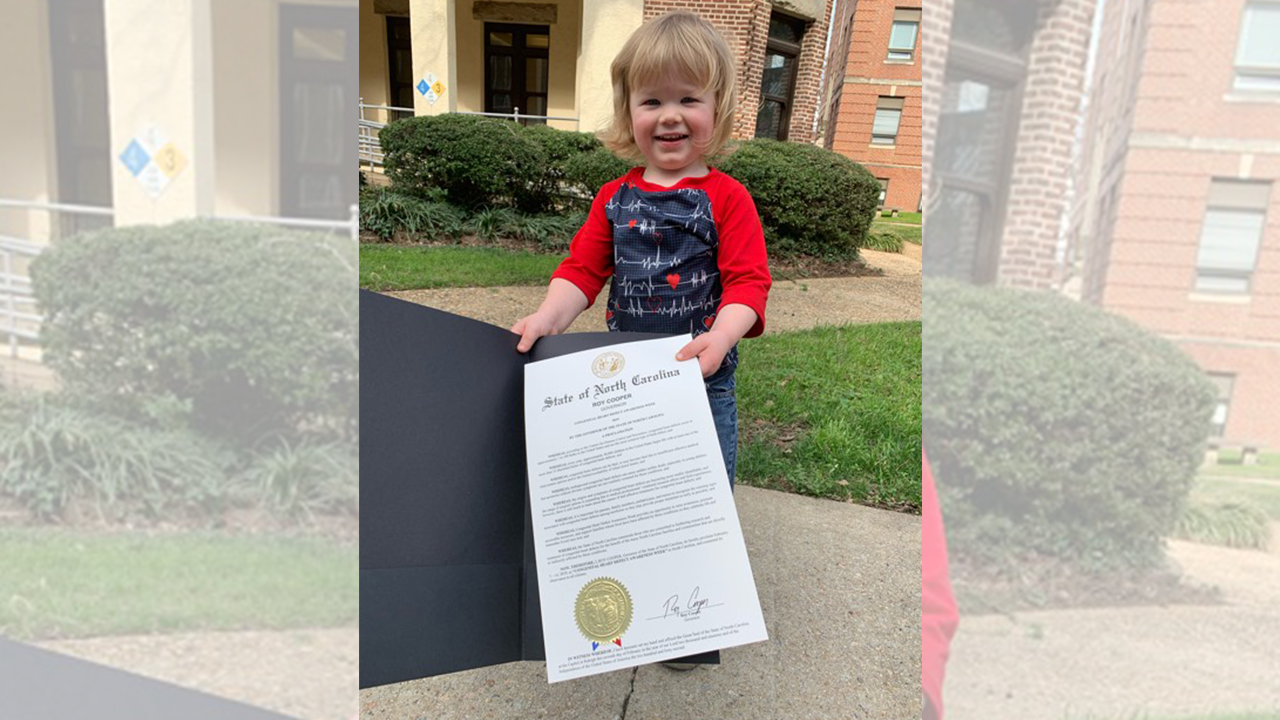 Levi and Rund drove to downtown Raleigh to pick up the proclamation on Feb. 8..

Levi will have surgery when he is 5 years old to hopefully rid his little heart of WPW.

The Rund family visits the doctors at WakeMed every year on the day little Levi was almost taken from this world. 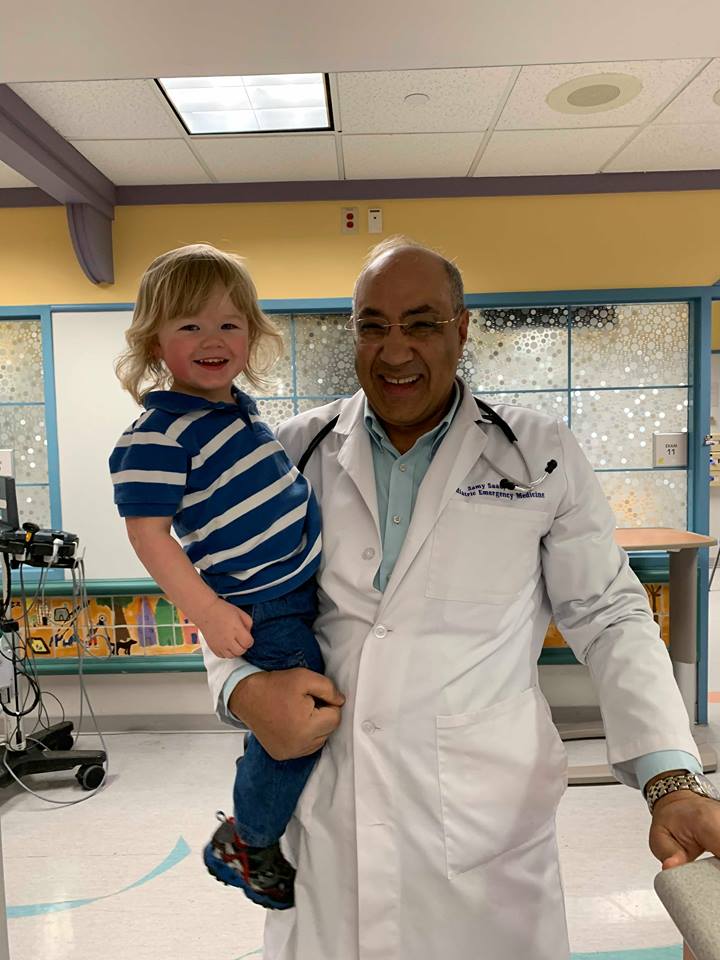