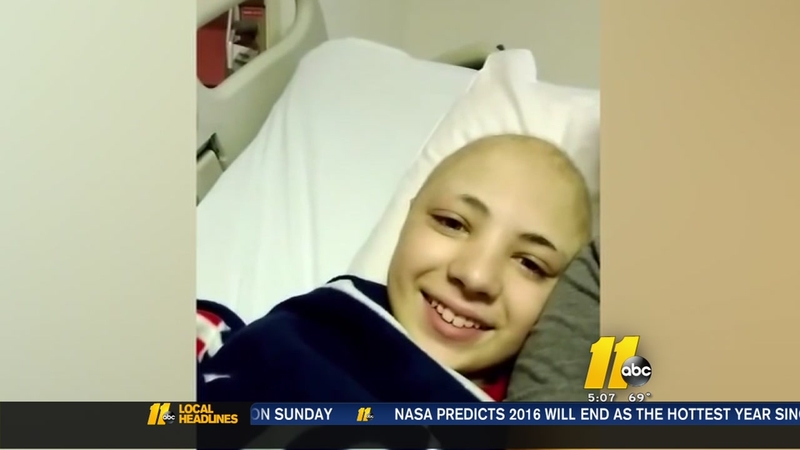 DURHAM (WTVD) -- A Wake County teenager fighting an aggressive form of brain cancer will get a potentially life-saving medical treatment after first being denied.

Hunter Pietrowski was scheduled to have stem cell therapy on Wednesday. Hunter's mom, Tiffany Pietrowski, took the family's battle to Facebook right after she received the news from doctors at Duke Children's Hospital that the state Medicaid office was refusing to cover Hunter's treatment.

Hunter's parents filed an appeal to Medicaid Friday. Medicaid accepted the appeal and will pay for treatment. Before the appeal was accepted though, Duke Health officials told the family that Hunter's surgery would be paid for no matter the outcome after they secured funding from an anonymous donor..

Hunter was diagnosed in June with Medulloblastoma, and doctors successfully removed a golf ball-sized tumor from his brain. The cancer, though, was so aggressive that it had already spread to Hunter's spine.

Hunter's parents said Hunter is the real hero, because he's doing the hard work of surviving.

"In between getting his chemo treatment last night he was reaching for a bucket getting sick and then he still looks up and smiles," said Adam Pietrowski, Hunter's dad. "The kid is unbelievable. He lights up every room he goes in, and everybody tells us." 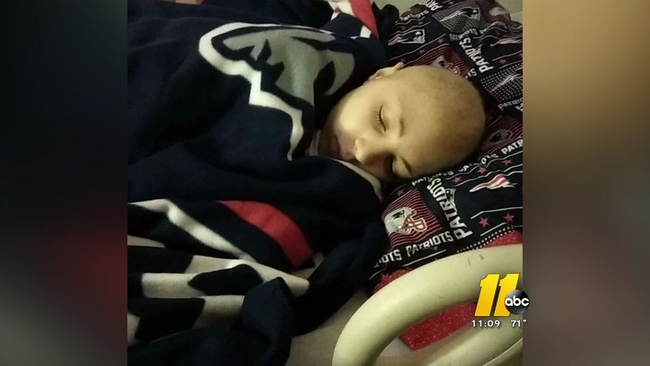