WTVD
DURHAM (WTVD) -- Gregory Nunez, MD is a former physician who was still practicing in California when he first noticed some tremors back in 2006. It was his intern at the time who first uttered the words he'd been avoiding admitting: Parkinson's.

A neurologist confirmed he had Parkinson's, which eventually forced him to leave his profession. For more than ten years he relied on a long list of medications to try to control his shaking, stiffness, and muscle pain. But, that came with a price.

"If you're looking for relief it's a bit like drinking water from a fire hose. You have to take such a large dose just to get your brain to get some symptom relief that you end up with side effects," he notes.

As he moved from drug to drug over the years, each would eventually stop working, leading him to finally pursue brain surgery at Duke Medicine, referred to as "Deep Brain Stimulation," or DBS.

"Deep brain stimulation has been around for nearly 20 years. It's primarily for Parkinson's and essential tremor and it controls the symptoms of the disease," explains Duke Neurosurgeon Nandan Lad, MD, PhD. 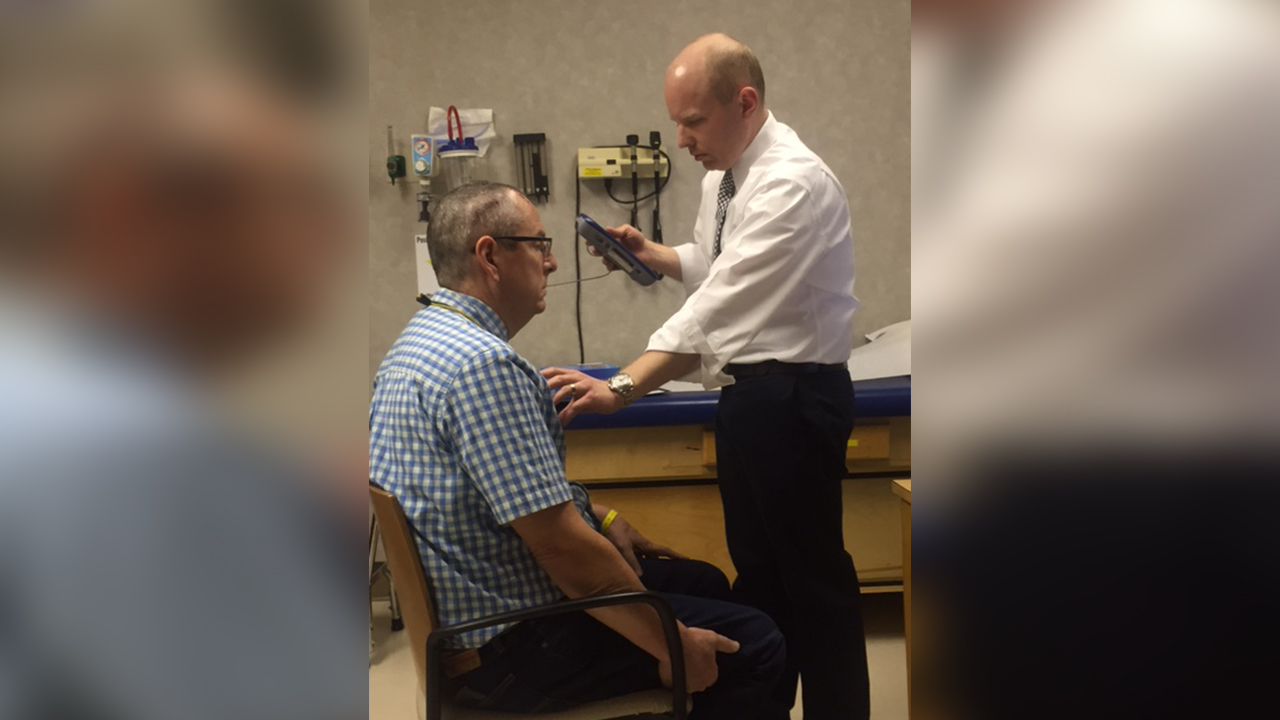 DBS uses a device similar to a heart pacemaker called an "implantable pulse generator," or IPG, which is surgically implanted in the chest to deliver electrical stimulation via an electrode placed in the brain.

That electrode targets specific areas that control movement. This, in turn, blocks the signals that cause the symptoms Nunez and other patients with Parkinson's experience. Dr. Lad says patients can expect to see a 70-80 percent reduction in their symptoms.

But, many are reluctant to undergo the surgery because up until now it's necessitated being awake so the patient could talk to the surgeon and answer questions to determine whether the probe was in the proper place and doing what it was supposed to.

"I think there's a significant group of patients who have heard of the brain stimulation or have had Parkinson's for a long time, but the thought of being awake during operation may be just enough where they hold back and say, 'Let me try managing things a bit longer.' I think the quality of life suffers for two decades or more because of waiting," Dr. Lad shares.

But now, thanks to new technology, DBS can be performed on patients while they're asleep, which gave Nunez the courage to take this next step.

"When Dr. Hickey (my neurologist) told me it was available I jumped at it. I said, 'yeah, sign me up!'" Nunez recalls with a laugh.

So, a few weeks ago Lad opened up Nunez' skull, placed a grid on his brain, and was able to successfully implant the device using an intraoperative MRI scanner, relying on those images as opposed to waking Nunez to test him.

"They have an MRI compatible grid. So, after the patient is under General Anesthesia, the grid is placed on the surface of the skull and a baseline MRI is done that guides you to where your planned entry point is," Lad elaborates.

"Then, once you have your entry point and your target then you're able to steer almost like a video game guide exactly where you need to go."

And that point surgeons are shooting for is critical: It's 8 centimeters deep into the brain, in a precise location roughly as small as a piece of pencil lead.

Nunez' surgery was successful, and three weeks later we were there as his device was turned on for the first time, making for a noticeable difference. Instead of sitting on his hands or clenching his chair to control his shaking as he'd been doing at the start of our interview, for the first time in years, Nunez was able to speak with his arms relaxed in front of him.

"The tremors are starting to go down. The tremors were pretty bad because I skipped my morning dose (of meds,) but I definitely feel better now," he shares.

And, his doctors say his results will continue to improve over the next few months, with this serving as a lasting fix. Duke is the first hospital in the North Carolina to perform the DBS on a patient while they're asleep, and they're one of a handful across the country to do so.

Nunez was their first patient, but they already have another patient lined up for the same procedure this week.