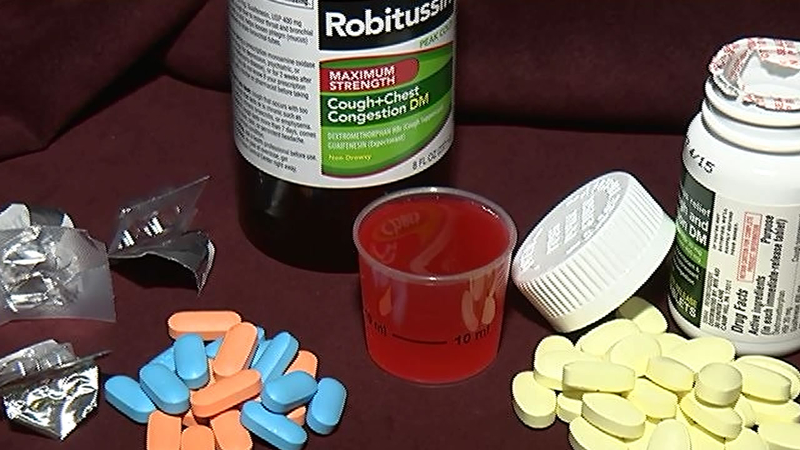 RALEIGH (WTVD) -- An old trend among teens and college students has resurfaced: using cough syrup to get high. But now, it's more dangerous than ever.

One Triangle dad noticed his son's behavior change and feared he was on something. But when a drug test came back negative, he kept looking for answers.

"I went like a tornado in his room and found about three bottles of the Robitussin, about two or three boxes of that cold and cough medicine," he said. "I was infuriated as a parent."

He did not want to be identified to protect his son, but mentioned that his boy has always been a straight 'A' student, and was very shocked when he discovered what was going on.

Carol Walter made the same disturbing find in her house.

Walter said she was angry when she discovered that her teen daughter was abusing cough medicine.

Walter said she had heard of kids drinking cough syrup for a cheap high years ago and thought it was a passing trend. 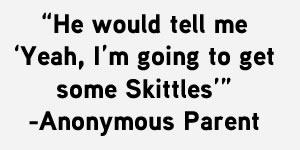 In addition to Skittles or Triple-C, teenagers are calling the drug Tussin, Robotripping, and Dex. But essentially, it is simply over-the-counter cough syrup, often mixed with soda or other drugs such as marijuana.

Abusers are after the active ingredient in regular over-the-counter cough syrup, dextromethorphan, or DXM.

DXM is a dissociative anesthetic, meaning it can cause "out-of-body" side effects that include hallucinations. Taking a high dose of DXM can produce similar effects as the drug PCP. 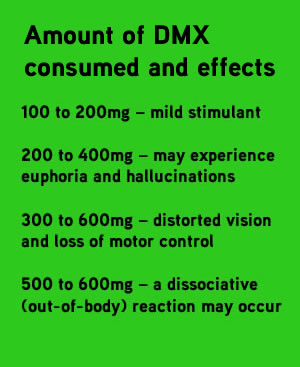 "Cough syrup is easily accessible, so any kid, any youth, can walk into their pharmacy and buy these drugs so that makes them, of all the prescription drugs out there, one of the ones that are abused at the highest level," decision scientist and Duke University health policy researcher Dr. Max Crowley said.

How is it dangerous?


Crowley focuses on protecting kids from risky health behaviors. He said that even though cough medicine is a generally safe non-prescription medicine, in the wrong hands, it could be just as dangerous as Vicodin or heroin.

"Sadly, we can see anything from liver damage that is permanent all the way to death from the abuse of cough syrup," he said. "It is very scary, and it is very difficult for parents to know what to do."

There have been reported deaths from over-the-counter cough syrup in the Triangle. At the highest levels of overdose, a person may lose their ability to move their arms and legs and to talk. If combined with depressants, they may die from serotonergic syndrome.

While the abuse of cough syrup has been around for quite some time, teenagers are finding different ways to use the drug.

DXM abuse became popular in the 1960s, but a new trend is to purchase over-the-counter cough medicine for high blood pressure, or HPB. These types of cough syrups include a purer form of DXM and a fewer amount of other ingredients.

Abusers believe they are less likely to overdose on HBP cough medicines because it contains only a few extra ingredients. 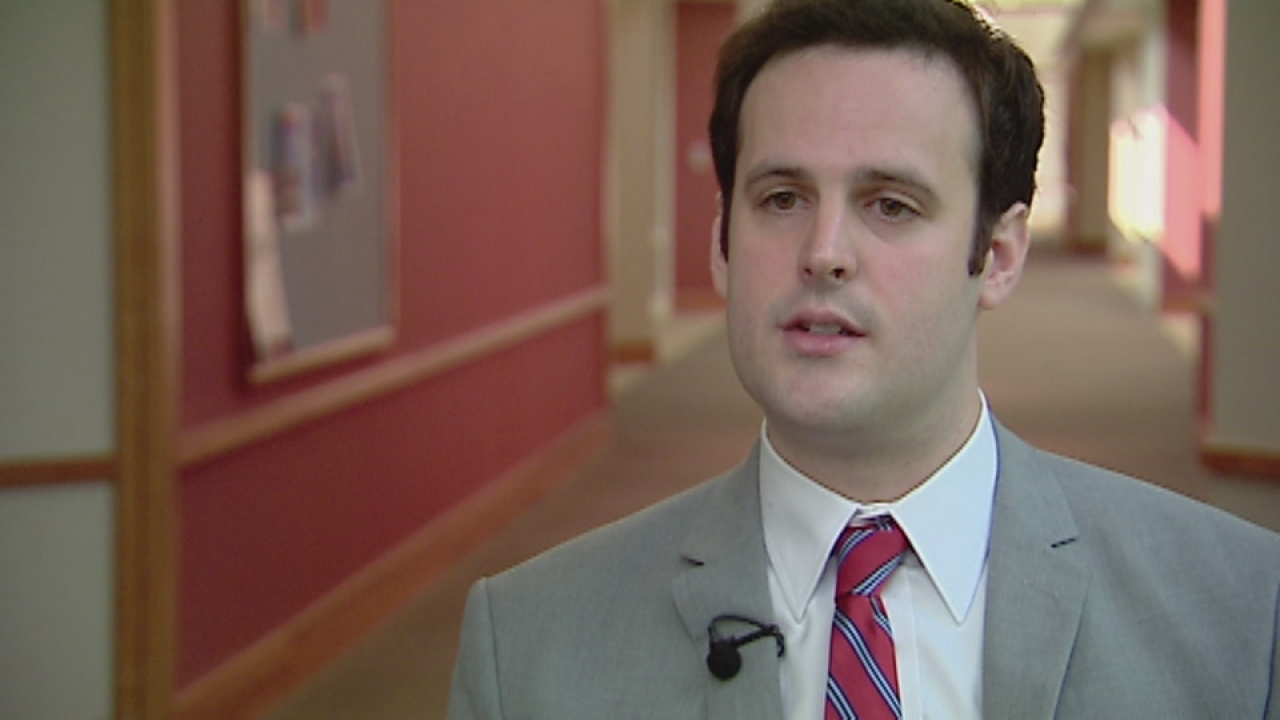 Dangers of cough syrup explained
A Duke researcher says high doses can be as dangerous as Vicodin and other drugs. 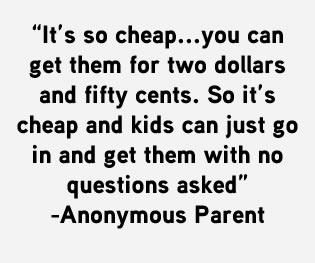 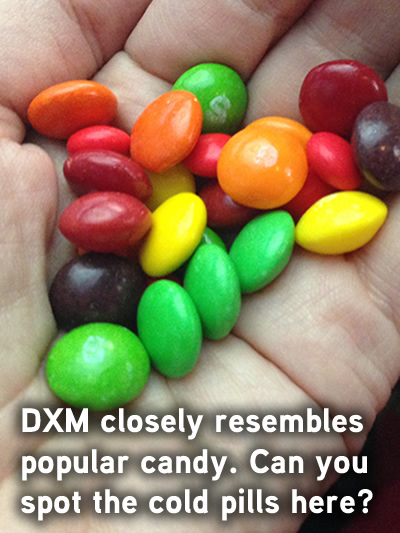 Senators Robert Casey (D-PA) and Lisa Murkowski (R-Alaska) have introduced The Preventing Abuse of Cough Treatments Act of 2013, which will nationally restrict the sale of DXM to those over the age of 18. The act is currently being reviewed.

Local drug programs are starting to focus on cough medicine abuse, and parents are urged to keep an eye on the medicine cabinet. Cough syrup does not show up on a drug test, so it can be hard to detect abuse at first.

There are numerous drug treatment and prevention centers in the Triangle.

The Strengthening Families Program is being implemented locally. It's an evidence-based family skills training program that significantly reduces problem behaviors, delinquency, and alcohol and drug abuse.

The Duke Adolescent Substance Use Treatment Program located in Durham specializes in abuse in adolescents. The Alice Aycock Poe Center for Health Education works to inform youths of the danger of drugs and alcohol.

Parents like Carol Walter say abuse is happening to good kids right in front of us.

"They will mix it in their drink and carry their drink with them at school," Walter said.

She is just thankful she found out before it was too late.

"I would hate for anybody to lose a child over, over anything like this," she said.

There are many other treatment centers in the Triangle. Parents can also call a toll-free helpline to ask questions about child drug abuse: 1-855-DRUGFREE (1-855-378-4373), or visit www.drugfree.org/get-information

For more information from Dr. Max Crowley about results from a recent prevention study at Duke, watch the video below. 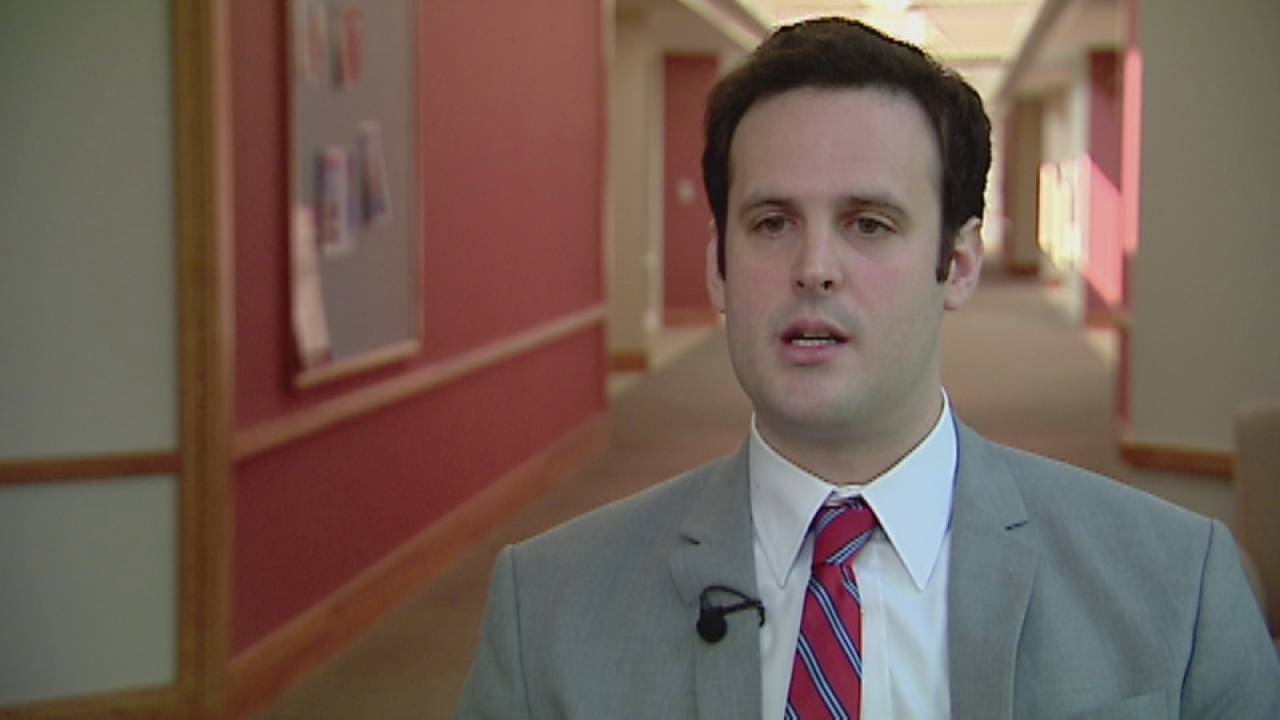