Raleigh man drops over 140 pounds thanks to CrossFit and community 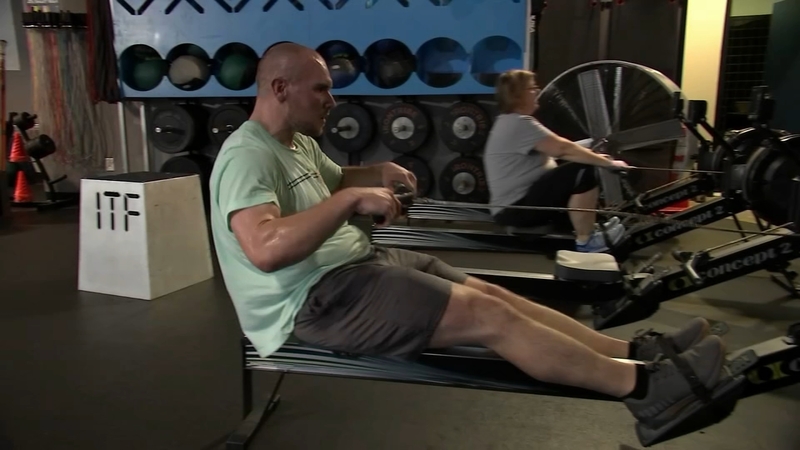 Raleigh man drops over 140 pounds thanks to CrossFit and community

"I had my momma's cookies, Christmas chocolate chip cookies she made just for me," Welch said. "I had to give them to my best friend. He was happy. I was so mad about that."

Growing up Welch was active but he said he never took his weight seriously.

Harrison found himself winded walking to class as a student at NC State and up to 360 pounds as a 21-year-old. In January of 2017, he made a pact with his friend Derek that he was going to change.

"The first time we sat down together, I wanted to make sure his change was more a decision about progress and not for the end result," Derek Washburn said.

The two did three workouts a week at the NC State gym. Harrison wanted to lose 10 pounds per month. He said setting small goals helped him stay on track.

Now entering 2020, he's down 140 pounds, stronger than before and feels a part of the community at his gym, United Fitness CrossFit.

"When we have a really challenging workout. I'm just mentally stronger looking at it," Welch said. "The community is probably the biggest aspect that I love at the gym here. I wouldn't be able to do what I do without the core people that come to that 5:45 class every single morning."

"Because he is so dedicated," Washburn said. "He did apply himself to the advice that was given to him It encouraged me to want to follow my own advice but the biggest encouragement is to see that it works. The process works."

Welch said his increase in physical and mental strength has led to a total life change.