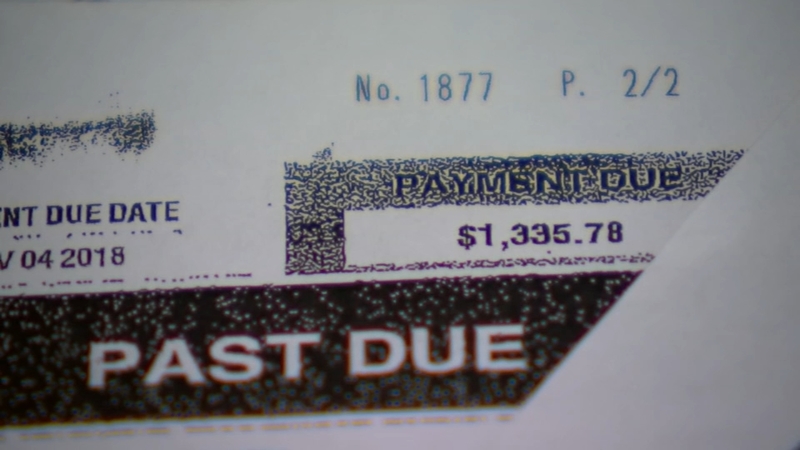 According to Rape Crisis of Cumberland County, at least 17 rape victims were billed for the services.

“Sloppy and Reckless.” Director of a Rape Crisis Center says she knows of at least 17 victims who were billed by Cape Fear Valley Medical Center for rape kits. Here are copies of some of the bills. pic.twitter.com/AxYm37vbYA

Cape Fear Valley Health said it is not the company's policy to charge victims of sexual assault for forensic examinations.

According to the health system, in May 2019 they converted to a new Electronic Health Record and changed their process for registering patients.

"We recognize that some errors were made prior to the implementation of a new electronic health record in May 2019," a Cape Fear Valley Health spokesperson said in a statement. "We apologize for any bills sent in error."
Bills show charges as high as $3,900.

While Deanne Gerdes, the executive director of Rape Crisis of Cumberland County, knows of 17 survivors who were billed, she worries there are others who have been charged and were too embarrassed to challenge it.

Gerbes said while looking at one of the bills, she saw that insurance paid $2,300, "which by the general statute says you don't do."

State law explicitly states that bills should not be sent to victims.

The legislation explains that a program has been sett up and state funds will pay for these tests.

She called the whole thing "sloppy and reckless."

Victim's Assistance cases are paid by the state when a police report has been filed and funds are available. Otherwise, charges are written off by Cape Fear Valley as charity care.

The Cape Fear Valley Health spokesperson said patients who may have received the bills should bring them to their attention so that the charges can be reversed.

Gerdes said the damage is irreversible in some cases. Some bills have already gone into collection.

"Even when we get it off, their credit numbers are still affected. It's layered, but more importantly it just should not be happening," she said.
Report a correction or typo
Related topics:
health & fitnesscumberland countyrapehospitalbills
Copyright © 2021 WTVD-TV. All Rights Reserved.
TOP STORIES
CDC reverses course on indoor masks in some parts of US
Some Wake parents OK with masks as long as kids can be in class
Mental health experts applaud Biles' tough decision at Tokyo Games
Why this Haitian restaurant relocated from Brooklyn to Edgecombe Co.
LATEST: Cooper to 'review changes to CDC guidance'
800K COVID-19 vaccine doses in NC could expire by end of August
Show More
As COVID-19 cases surge, nervous parents prepare for school year
1 dead in movie theater shooting during showing of 'The Forever Purge'
495 new hepatitis A cases reported in NC this year
4-year-old dies after report of drowning in Harnett County
Mother, boyfriend charged after 5-year-old's death in Aberdeen
More TOP STORIES News