Could a COVID-19 antibody test help reopen the economy? This RTP company is the first to get FDA approval 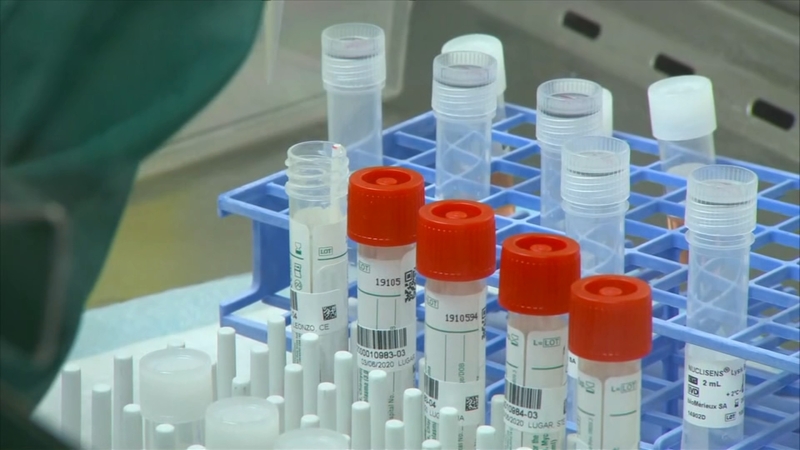 RESEARCH TRIANGLE PARK, N.C. (WTVD) -- There's a push right now from public health officials to get Americans access to a simple blood test that can identify recovered patients who've developed some kind of immune response to the novel coronavirus and a company in RTP is on the leading edge.

The idea is that people who have been exposed to the virus form antibodies in their bloodstream that may help them to fight off another infection.

The hope is that the body's antibodies against COVID-19 can diminish the chances of re-infection.

Theoretically, those found to have immunized antibodies could then return to work and help reignite the economy.

"That's really important as we think about re-opening the country and the economy because if you've had the virus and you've had an immune response to it, in all probability you are immune and safe from the virus," Adm. Brett Giroir, who is leading testing efforts in the U.S., said on ABC's "Good Morning America" on Monday.

However, Dr. Scott Gottlieb, the former head of the FDA under President Trump, told ABC News he does not view the antibody test as a game-changer in the effort to reopen the economy. In reality, he said, relatively few people have been exposed to the virus.

"I think there's a perception that when we test the larger, general population that there's a lot of people out there who were exposed and have immunity," Gottlieb said. "But I think when we do these tests, we'll see it's actually much smaller."

Cellex, a biotechnology company with its headquarters in Research Triangle Park, is on the forefront of working on these tests.

The company's qSARS-COV-2 IgG/IgM Rapid Test is one of the first to receive "emergency authorization" from the FDA.

A spokesperson for Cellex told ABC News that the company "is optimistic that 100,000 test kits will be shipped very soon from China to New York City."