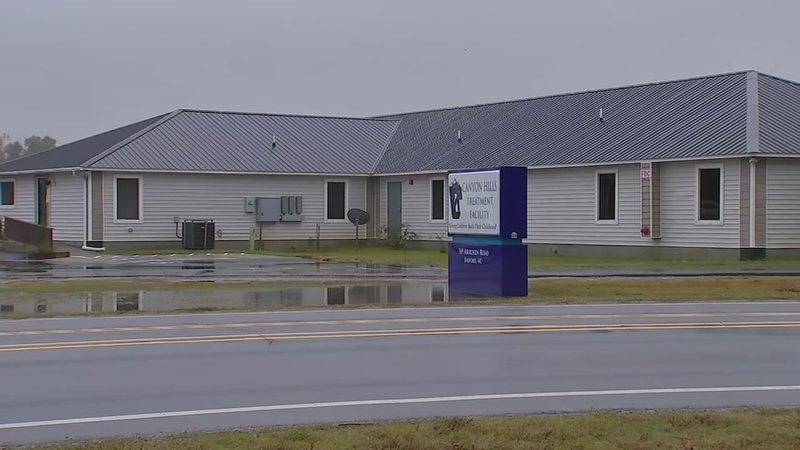 RAEFORD, N.C. (WTVD) -- The North Carolina Department of Health and Human Services is threatening to shut down a Raeford psychiatric center for children following allegations of abuse and neglect, among other state violations.

The Canyon Hills Treatment facility aims to "give children back their childhood" but a report from the NCDHHS, obtained by ABC11 suggests the children were instead being traumatized.

Canyon Hills is a 24-bed residential facility for children in need of round-the-clock special care.

The 69-page report is a summary of a summer investigation into abuse and neglect allegations in which nurses, children, and their parents were interviewed.

In the report, nurses claim that children were choked and "slapped around by staff." Parents of a 9-year-old told investigators that their child was bruised so badly he "looked like he had been through a war zone," the report read.

Children were also interviewed, where they claimed they were constantly berated and called names. According to the investigative report, one child said an employee told him that the reason he was there was "because his family didn't want him."

As it relates to health care, nurses were interviewed and told investigators that the children weren't getting enough to eat. However, the children told state workers a different story.

According to the report, children said the nurses told them they get small portions because "their stomach will shrink and then you will not be hungry."

The treatment facility reportedly is not run by a licensed psychiatrist at all. Additionally, the report said, children told investigators that they hadn't seen their therapist in three weeks.

Meanwhile, Canyon Hills is fighting to keep its doors open after receiving a letter from the state. In the letter obtained by ABC11, the NCDHHS demands that the facility fix the following violations:

ABC11 also received a statement from Canyon Hills CEO Micheaux Hollingsworth detailing his intent to petition a review of the state's investigation.

"Management and staff at Canyon Hills take very seriously the care and treatment of clients in our care. The complaints referred to in the State's report, some of which the State determined could not be substantiated, have been appropriately addressed through our own internal review. Today, Canyon Hills will file its petition with the North Carolina Office of Administrative Hearings requesting an immediate review of the State's findings. We believe the State's findings will be determined to be factually and legally unfounded. In the meantime, we will continue to cooperate fully with the State and continue to support the families we serve."