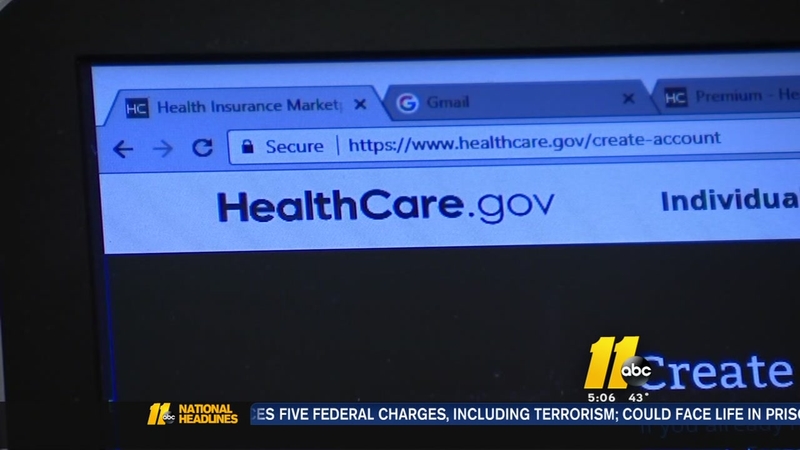 As part of his effort, the governor hosted an enrollment event at Alliance Medical Ministry in Raleigh Wednesday.

"If the Department of Health and Human Services in Washington would give us more time, we could sign up more North Carolinians to get quality health insurance at an affordable rate," said Cooper.

But Cooper is making the push for coverage ahead of the December 15 midnight deadline.

Records show more than 500,000 North Carolinians signed up for 2017 insurance through the site.

Open enrollment has been extended twice in past years to give families more time to enroll in coverage.

Wake Tech student Cayla Brown is a recent transplant from Hawaii, where she was on Medicaid. It was after she moved to North Carolina that she found out her health coverage did not transfer.

"It was tough", Brown said. "And the couple times I did get sick and had to go to the doctor, it was all my money, and then some. Even getting a cold, I'd like to get real medicine. It just broke me. No one should have to worry about getting sick. That was me all year!"

Brown was one of several Triangle residents who signed up for insurance under the ACA during Wednesday's enrollment event.

"It's really easy; just sign up and do it," Brown emphasized. "I have this huge weight off of my shoulders about being insured. I think everyone should do it. There's no reason not to."

While he's pushing for an extension, Cooper is encouraging North Carolinians to respect the deadline as he doesn't believe the Trump administration will extend the deadline, much like the Obama administration did in previous years.

"(The Trump administration) has not been very kind to the Affordable Care Act," Cooper said. "Clearly, we need a response today or tomorrow that they're going to extend," he said.

North Carolina has the third-highest enrollment on the federal marketplace out of all states, so it is heavily impacted by the shortened open enrollment period.

If approved, the new deadline for enrollment will be Dec. 22.

For those who wish to sign up for coverage using free, in-person help, they can visit the following locations: