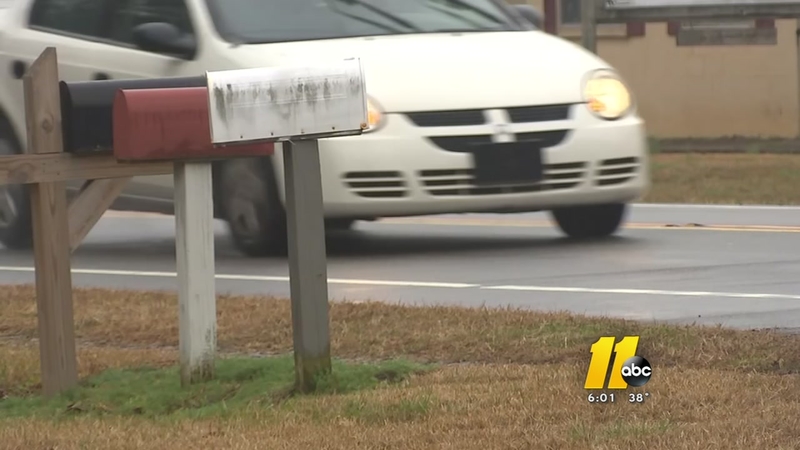 FRANKLIN COUNTY (WTVD) -- A Franklin County woman and her newborn son are in the hospital recovering after being hit by a car Friday night.

According to the North Carolina State Highway Patrol (NCSHP), the incident happened along US 401 near Kearney Grocery.

Heather Gwin, 28, claims she was walking along the roadway when she was struck by a passing car.

Gwin said she fell to the ground and the vehicle stopped just down the road before taking off.

The terrified mother said several cars saw her fall but failed to stop and offer assistance.

That's when the mother of four said she grabbed some rocks and started throwing them at the next car, trying to get their attention.

After nailing a truck, the driver stopped and rushed Gwin to WakeMed where she gave birth to her premature baby boy - Cameron.

The newborn weighs four pounds, 13 ounces, and is 18 inches long; Gwin was only 34 weeks along.

She said doctors were able to stop the labor and gave her steroid injections.

"I'm so lucky because it really helped his lungs with this unexpected delivery," Gwin told ABC11.

Gwin said she's grateful to the man who stopped and helped her.

"One of the first people to stop and help me was a pastor," she said. "I was so grateful; he gave me his jacket to stay warm, I was on the cold ground covered in blood and amniotic fluid."

Officials said the mother has a shattered foot that cannot be fixed until the swelling goes down.

Her first surgery is scheduled for Thursday - almost a week after the incident.

But even then, doctors told Gwin her foot may never fully heal.

Gwin is hoping to find the person who left her - and Cameron - on the street for dead.

"I can't hit a possum without stopping, but a pregnant person and watching them scream and wave, asking for help and then drive off without a care in the world ... I thought for sure I lost my son because my water broke immediately. I'm just so glad he's alive," the mother said sobbing.

And this isn't the first hardship Gwin and her fiancé have faced this year, during the January 17 snowstorm, Gwin said her car was totaled, adding that her husband was unharmed in the crash.

Trooper said they're looking for a 2002 to 2005 black Cadillac Seville; the car is missing a side view mirror and has possible front-end damage.

A GoFundMe account has been created to help pay for medical expenses for Cameron and Gwin.