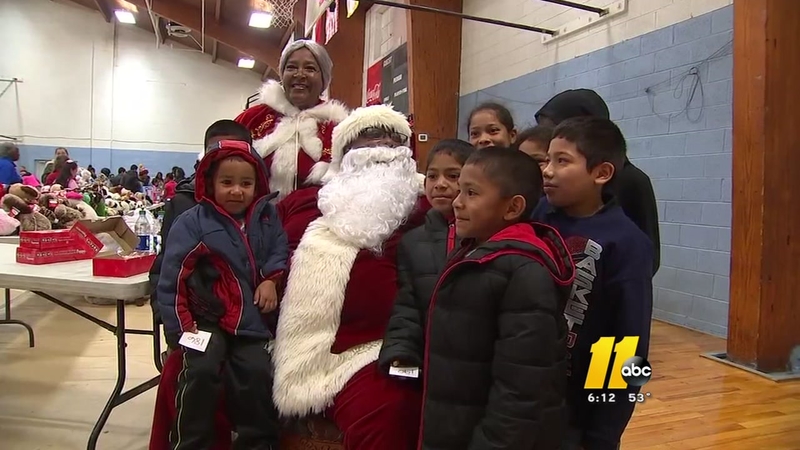 WILSON, North Carolina (WTVD) -- Sometimes, Santa doesn't wear a red suit. Instead, he's in a uniform and carries a badge.

Wilson Patrol Officer Reginald Branch started a Christmas toy drive back in 1998 that's now grown to help hundreds of children in the community have a Merry Christmas.

Branch's motivation? He wanted to make sure no child had to go through what he did as a child.

"My mother worked three jobs, drove a taxi cab, and a lot of times, we didn't have Christmas," Branch said. "And kids were so cruel, they would pick on you about what you didn't get for Christmas, so I started having to lie."

Those childhood memories shaped his launch of the annual Wilson Police Toy Drive.

"It started out as a South District project with about 50 kids," Branch said. "Now, it's grown to almost 500 children coming out."

Every year, Branch and the rest of the Wilson Police Department collect toys and gather donations so children who may not have a Christmas will have something under the tree.

It will now be a very Merry Christmas for Keisha McNeil, her 4-year-old son and 2-year-old daughter.

"Every day, I get stopped and thanked for bicycles I gave," Branch said. "I see parents come through now from when I started 23 years ago that's telling me you gave me my first bike or you touched me at Christmas and now I need your help with my own kids."

Branch says that he couldn't do this by himself.