From supernatural abilities to demonic possession and childhood trauma, "Helstrom" takes audiences through the darker side of Marvel.
OTRC
By Andrea Lans 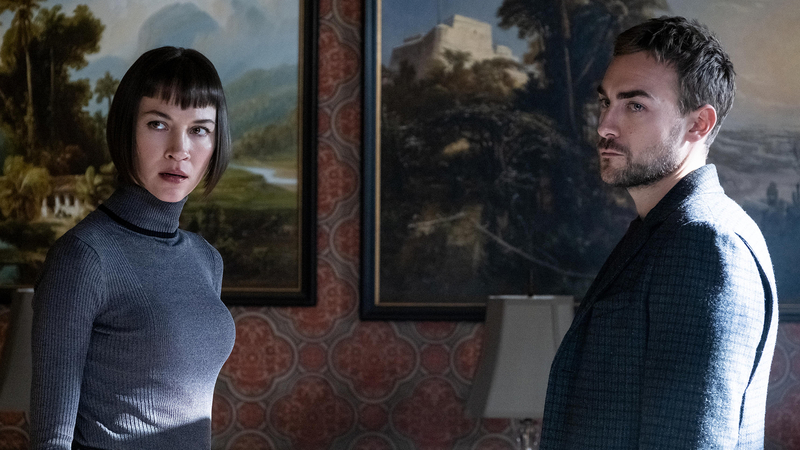 Marvel fans, get ready to delve into the darker side of the supernatural with Hulu's new horror series "Helstrom."

The show follows estranged siblings Daimon and Ana Helstrom, the offspring of a notorious serial killer, as they use their supernatural abilities to track down the worst of humanity and rid the world of evil.

"You can certainly expect a collision because these are two people who really move in the world in different ways and are bound together because they share trauma and they share these abilities," said Sydney Lemmon ("Ana Helstrom").

Amid demons, possession and other supernatural elements, a broken family dynamic sits at the core of the series. Actress Elizabeth Marvel, who plays Daimon and Ana's demon-possessed mother, compares the show to "The Shining" and said the most terrifying elements lie within the family conflict.

"There are moments of this show, even though I helped make it, that freak me out," the actress said.

See also: 'New Mutants' cast was 'totally creeped out' by abandoned mental hospital where they filmed

As a longtime horror and Marvel fan, showrunner Paul Zbyszewski was excited to delve into the occult world and weave darkness into the story. For fans of the original comics, Zbyszewski left a few Easter Eggs hidden within the series.

"There are some chariots buried in shots in the show. There's one in particular that's incredibly obvious," Zbyszewski teased.

Actor Tom Austen ("Daimon Helstrom") warns audiences to get ready for an "insane" and "dark" journey, starting with the very first scene of the 10-episode season.

"If you are going to watch it, binge watch it [and] make sure you have a night light on," Alain Uy ("Chris Yen") said. "We're not responsible for any nightmares that you might have."