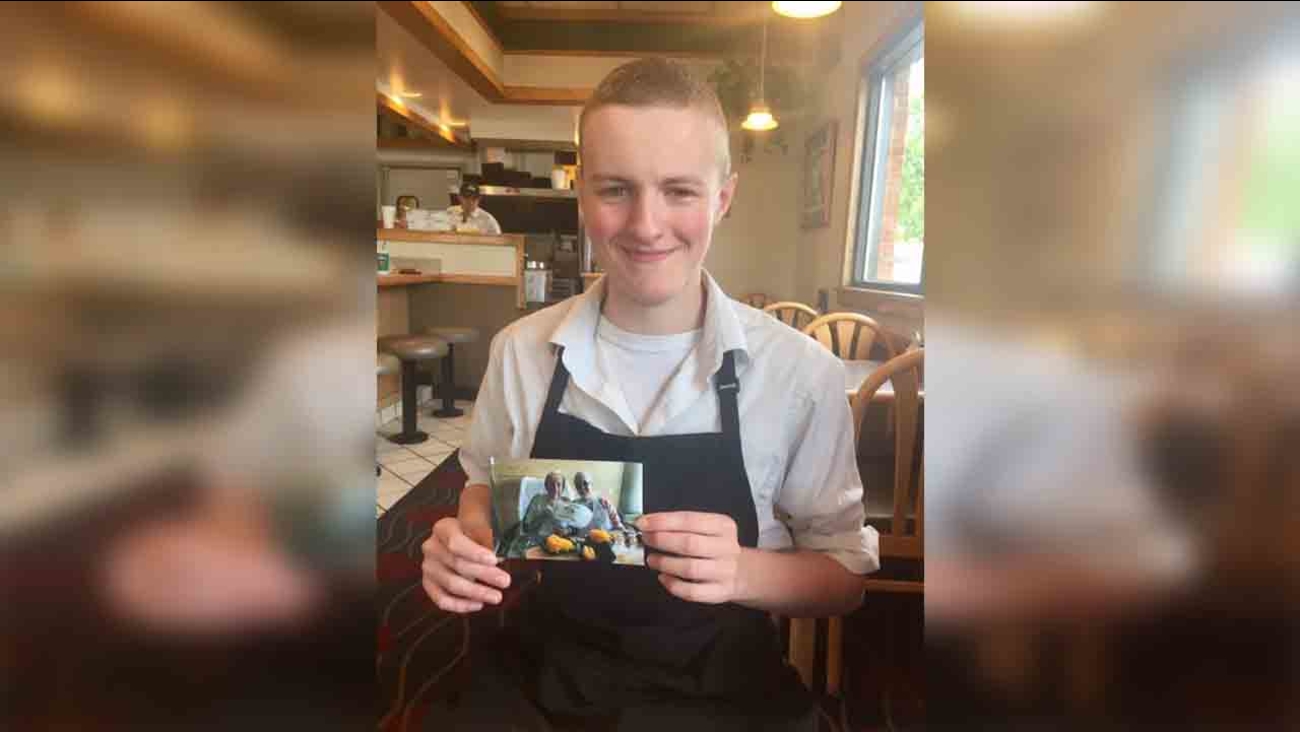 SYCAMORE TOWNSHIP, Ohio -- It was only his second day on the job, but one teen made an impression that one customer won't forget.

Austin Goddard was a longtime volunteer at Skyline Chili and was recently hired as a worker, WGHP reports.

One day, the 16-year-old was working when he noticed a customer collapse.

That's when Austin stepped in and saved the man's life.

"Larry just collapsed right there where he was eating and they asked if anyone knew CPR, and I just ran up and started doing CPR on him," Austin said. "I just had it on the chest and just kept my elbow straight just doing it with enough force and pressure like you're supposed to."

Several days later, Larry stopped by the restaurant to thank Austin for his heroics. The family even dropped off a picture to stress just how grateful they are.

2nd day on the job and a 16-year-old at @Skyline_Chili does CPR, saving a man's life. The family dropped off a pic to thank him! Go, Austin💪 pic.twitter.com/xsHn9iHH3F

But Austin doesn't care about being a hero, he is just glad he could help save a life.