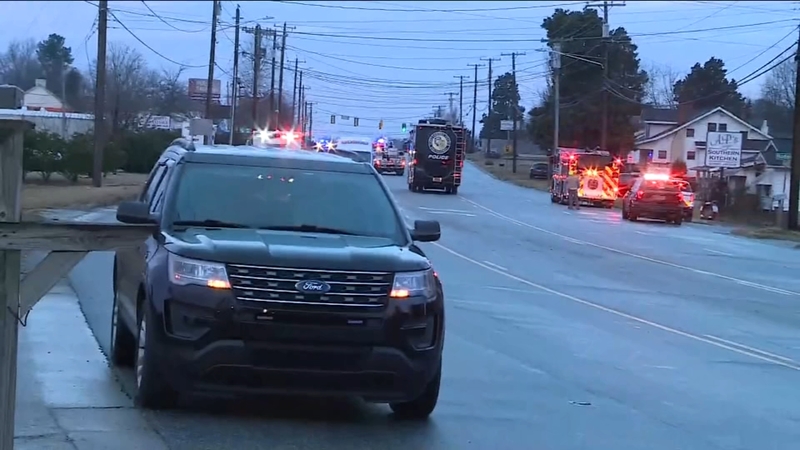 High Point Police Department said an officer heard shots fired on West English Road around 11 p.m. The responding officer went to a home on the 2900 block of the road, where a man retreated inside as soon as the officer approached the home.

A tactical team arrived and surrounded the home before the man, later identified as 34-year-old Joseph Drummond-Cruz, inside shot his 'AR-15-styled rifle' from inside the home, hitting three officers.

"The man tried to kill three of our officers," Lt. Truitt said during a Friday news conference. "He tried to murder them this morning, unsuccessfully, thank goodness."

Cruz remained barricaded inside the home for several hours prompting other homes in the neighborhood to be evacuated.

During the breaching of the home, officers used flash bangs to disorient the shooter. When inside, officers found Drummond-Cruz shot dead and a deceased woman who has not been identified at this time.

Two children were also found alive inside the home, according to Truitt.