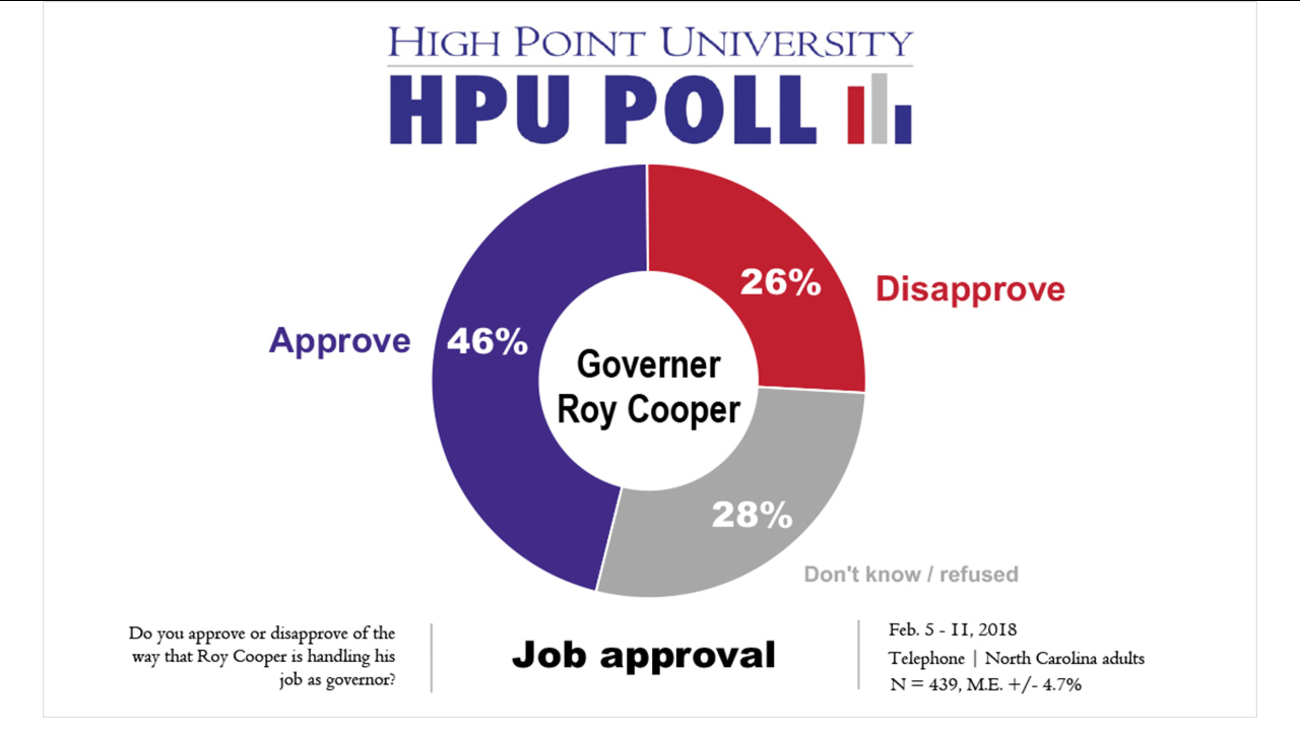 High Point University found that about one in four or twenty-six of these same residents said that they disapprove of Gov. Roy Cooper's job performance, and the other 28 percent refused to offer an opinion either way.

The poll also looked at the U.S. Congress and the N.C. General Assembly job approval rate. These numbers showed that North Carolinians disapproved of the job being done.