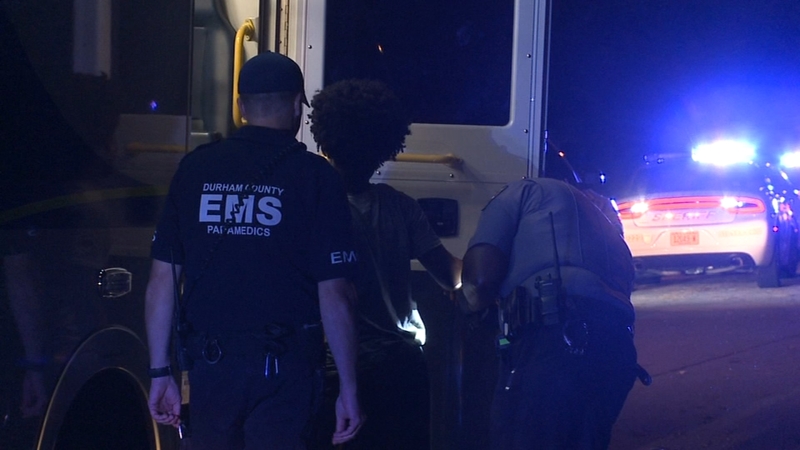 DURHAM, N.C. (WTVD) -- Three people, including two boys ages 14 and 15, led deputies on high-speed chase in a stolen car on US-70 and Interstate 85 on Wednesday night.

The whole thing started when an officer tried to pull over a black Honda Accord that was traveling approximately 20 miles per hour over the speed limit on US-70 near Miami Boulevard.

The driver of the car refused to stop and instead sped up and ran a red light.

Deputies said the car, which turned out to be stolen, got onto I-85 south and reached speeds of over 100 miles per hour.

The driver then exited onto Avondale Drive to Roxboro Road but lost control and crashed on Shaftsbury Street.

Three people jumped out of the crash car and started running. Two of the people, including the driver, were caught and taken into custody. The third remains at large.

The two boys who were taken into custody were ages 14 and 15. They were both released into the custody of their family members pending juvenile petitions.