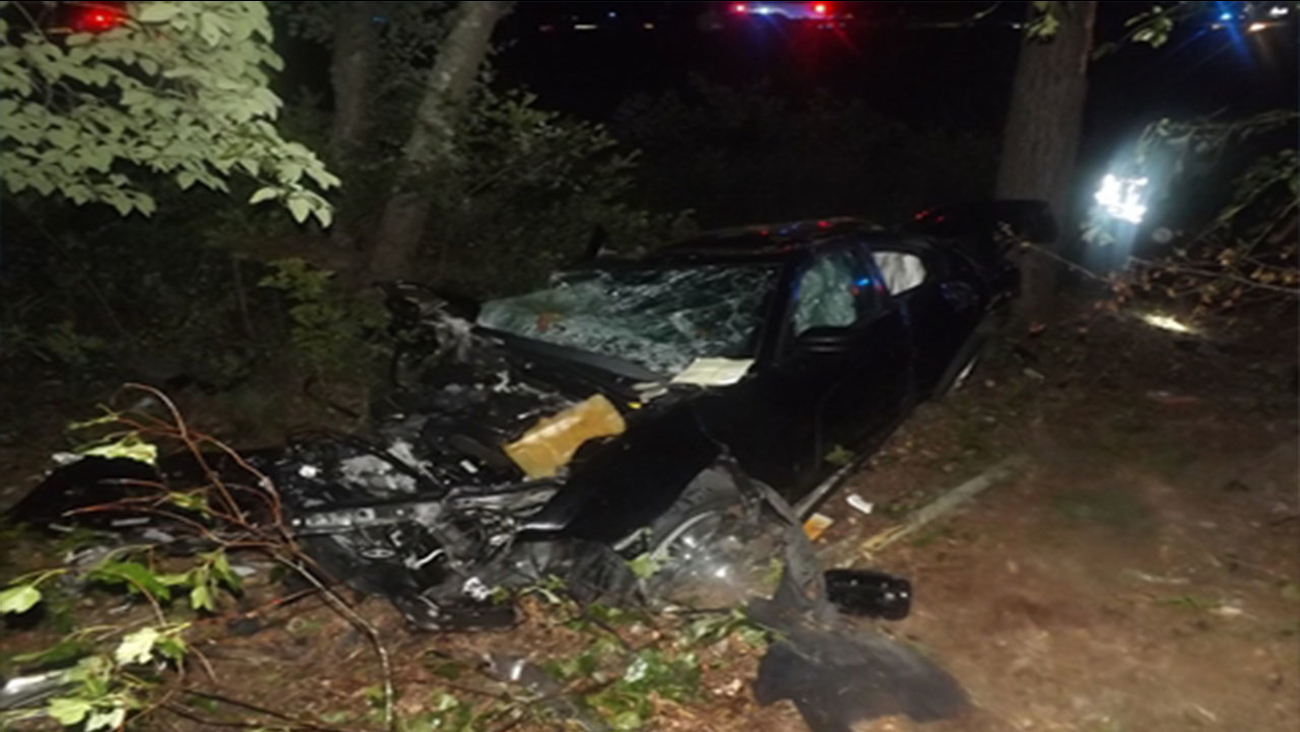 Authorities said a 16-year-old boy is in custody after leading police on a high-speed, multi-county chase (Credit: Aberdeen Times)

Just before 2 a.m., emergency responders were called to the intersection of US Highway 15-501 and NC Highway 211 to an accident that was the result of a police chase.

According to the Aberdeen Times, a 2013 Dodge Charger had been driving into Aberdeen on NC Highway 211 at a high rate of speed attempting to elude law enforcement from the Raeford Police Department and the Hoke County Sheriff's Department who were in pursuit of the vehicle.

The driver, a 16-year-old boy, crashed through a guardrail and became airborne before hitting a tree more than 100 feet away.

Police said the car struck a tree 10 to 12 feet off of the ground before landing nearby.

The unidentified teen, who was wearing his seatbelt, refused treatment and was taken into custody.