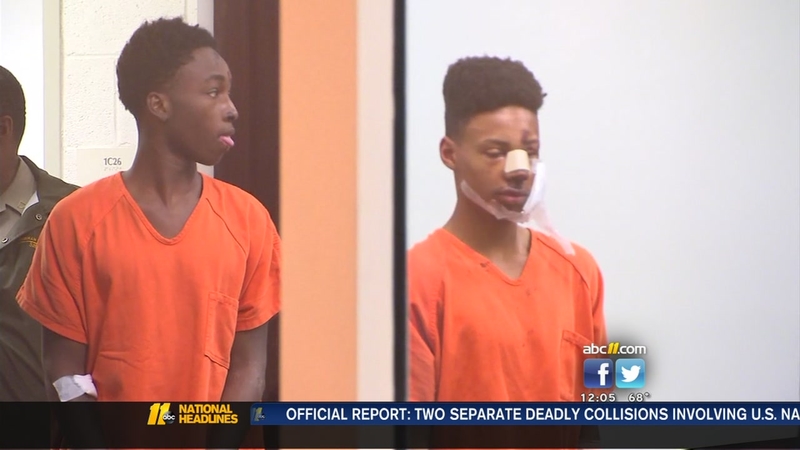 They're currently charged in connection with multiple armed robberies in Durham, but the crime spree involved a lot more than just robberies.

In the courtroom Wednesday, the pair's relatives watched - some weeping - as Marcus Cofield, 17, of Durham, Jarrien Smith, 18, of Durham, heard the charges against them.

While they're inside the Durham County Jail, Cofield's in trouble with the law elsewhere after Tuesday's carjacking in Cary.

"He has other pending charges out of Wake County including larceny of a motor vehicle and conspiracy to obtain property by false pretenses.

He also has two prior convictions, the most recent from earlier this year for misdemeanor larceny.

Smith, wearing bandages after the incidents on Tuesday, was also in trouble with the law before Tuesday's early morning crimes.

"Mr. Smith is charged with obtaining property by false pretenses and possession of stolen goods, alleged to have occurred on September 9th," a prosecutor said in court.

That's when he allegedly sold a pair of stolen headphones to a pawn shop.

Investigators say on Tuesday, the teens stole electronics and cash valued at $2,000 from two men on Main Street in Durham.

One of them allegedly used a gun while stealing a cell phone from a woman.

Both are charged with conspiring with three other male juvenile suspects who were not in court Wednesday because their age.