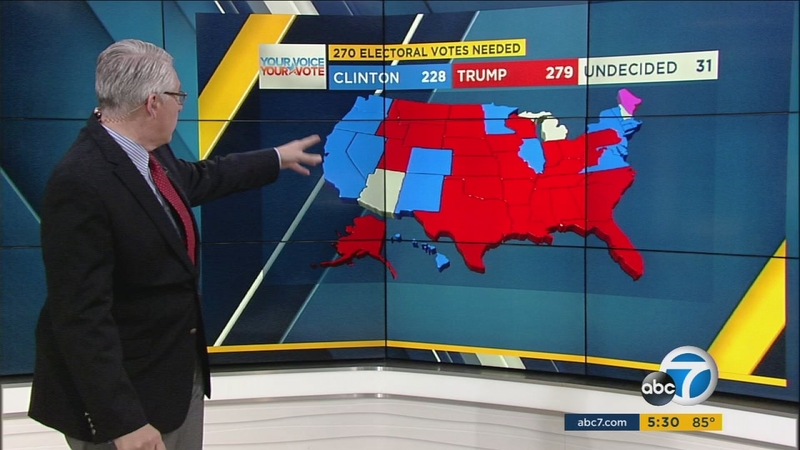 LOS ANGELES -- How did the polls get it so wrong?

The day before the election, most national surveys had Hillary Clinton winning the presidency.

Data expert Nate Silver, who correctly predicted nearly every state in the last two presidential elections, described Clinton as a 2-1 favorite, projecting she would take about 300 electoral college votes, well above the 270 threshold to win the presidency.

So the question is, why did they miss the mark?

One theory is that pollsters aren't using the right combination of methods to reach out to voters. Some might only reach Internet users, who tend to be younger, while others don't adjust for the heavier use of cellphones in today's society.

Another idea is that Trump voters simply weren't responding to polls or weren't answering them truthfully out of concerns they were part of a "rigged" system.