Both candidates plan final stops in NC before election 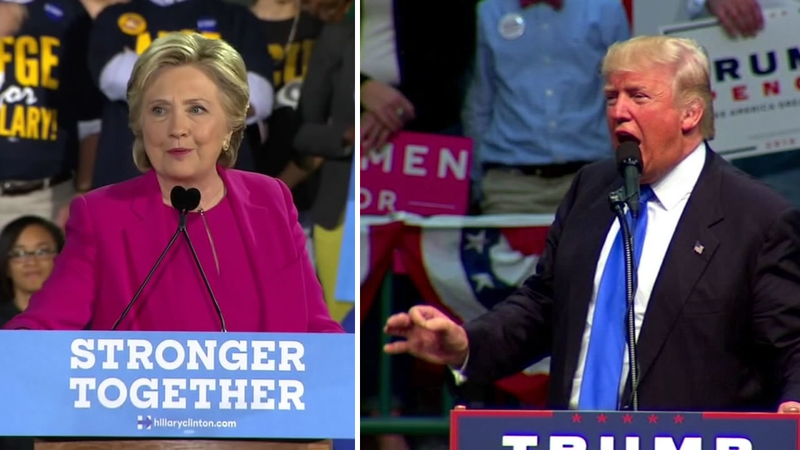 RALEIGH (WTVD) -- Democratic presidential nominee Hillary Clinton will hold a rally in Raleigh late Monday night, her campaign announced. The event is scheduled to start just before midnight and will carry over into the early Tuesday hours. Donald Trump has a campaign stop earlier in the afternoon at Dorton Arena.

The Clinton campaign said her rally will focus on getting out the vote and the economy.

The event will be at Reynolds Coliseum at N.C. State University. It's scheduled to begin at 11:45 p.m., doors open at 8:45 p.m. Both Bill and Chelsea Clinton will be at the rally.

Hillary Clinton made two stops in battleground North Carolina on Friday. She first spoke at Pitt Community College Winterville before capping off her night in Raleigh at the Walnut Creek Amphitheater.

Donald Trump was in North Carolina Friday as well, holding rallies in Concord and at The Farm in Selma. He was in Wilmington on Saturday.

The Republican presidential nominee's Monday event will be at 3 p.m.