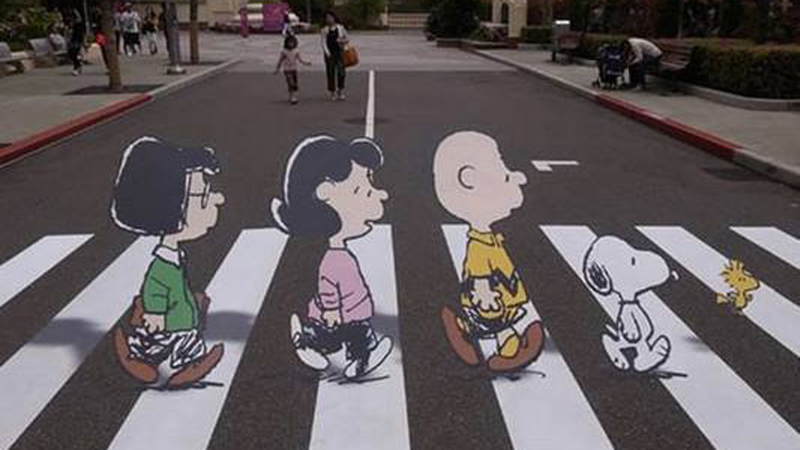 Raleigh takes art to the streets

RALEIGH (WTVD) -- Every neighborhood has its own personality, whether you're in a subdivision of Chapel Hill, Apex, North Raleigh, or North Hills.

The Glenwood South neighborhood Downtown wants to show its personality through public art, and turn everyday crosswalks into conversation pieces.

"Cities all over the world are doing this," said Donna Belt with Greenwood Crossings. "It's part of increasing the walkability, and the approachability, and the personality of cities."

Belt and her neighbors believe crosswalk art would be a perfect public art piece in Glenwood South in Downtown Raleigh.

"We're a diverse neighborhood, we're a neighborhood that believes in inclusion," Belt said. "I think it will really convey the quirkiness that we feel and the sense of welcome."

However, all of that creative quirkiness still has to fall in line with city rules and regulation.

"The city was a little nervous about loosing residents on city streets or city property," Belt said.

First, they had to get approved by the Raleigh Arts Commission. Then, they headed to City Hall to get permits for transportation, planning, and public works.

"We're messing with a designation that's recognized as a crosswalk," Belt said.

Belt said the art will mostly go on three intersection crosswalks along Glendwood and be mostly white. They will allow a secondary color to create effects.

"The effort is to have fun and be creative but really stay cognizant of the fact these are crosswalks and they need to be recognized," Belt explained.

Now other neighborhoods around Raleigh have a roadmap of what to do with the city. For Belt and her neighbors, this public art is about building their community, calming traffic, and encouraging people to walk around and hang out.

"We think this crosswalk art will be a wonderful way to say who we are, what we love about this neighborhood," Belt said.

The Glenwood Crossings group is accepting artist ideas through May 29. It will cost a little more than $3000 to do the three crosswalks.

They already received a $1000 grant from the city.