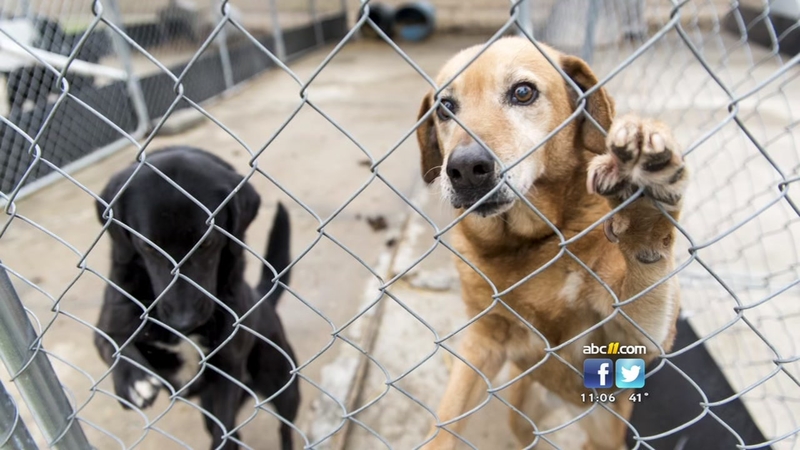 Hoke County Sheriff Hubert A. Peterkin said Wednesday that a search warrant was served on The Haven-Friends for Life no-kill shelter following ongoing neglect concerns and complaints made by the public and other agencies.

Hoke County officials and the ASPCA removed about 600 animals from The Haven animal shelter Wednesday morning.

An initial investigation revealed that at least four animals were in such bad shape that cruelty charges were filed against 67-year-old Stephen Joseph Spear and 59-year-old Linden Spear.

"We've seen open wounds on animals, we've seen no water for the animals, we are seeing animals that seem to be malnourished," said Cpt. John Kivett of the Hoke County Sheriff's Office.

The operation followed months of complaints. In fact, some of those troubled by their concerns about the Haven shelter started a Facebook page to protest the operation of the unlicensed facility.

The pair, both of Raeford, were taken into custody and charged with three counts of felony possession of controlled substance and four counts of cruelty to animals.

More than 600 animals are being removed from a private, no-kill shelter in Hoke County.

They were operating the 100-acre facility without a license for at least a decade. Their latest application for one was denied by the North Carolina Attorney General's office on Jan. 16. At its worst, the center was home to 1,000 animals.

Officials said it's going to take several days to get the hundreds of animals off the property.

"This'll be one of the largest, if not the largest, companion animal rescues the ASPCA has done," said Tim Rickey, VP Field Investigations for ASPCA.

The ASPCA was called in by police to help assist in evaluating the animals, and more charges could be possible for the Spears.

"There is different levels of neglect going on throughout the property," Rickey said. "And there are some situations that are quite severe."

Wednesday, the ASPCA brought in trucks, and a mobile medical vehicle to examine and treat the animals. Humane Society and animal-rescue groups from across the East Coast, and from as far away as Hawaii have volunteered to help relocate many of the animals to temporary emergency shelters.

Rickey said it could be several days before they wrap up the investigation and get all the animals off the property.

The animals will not be available for immediate adoption. They will be put aside in temporary shelters for the time being, as they are considered evidence in a criminal case.

The Spears are being held under $5,000 bond each. And, for now, they are not allowed back on the property. Not until all the animals are gone.