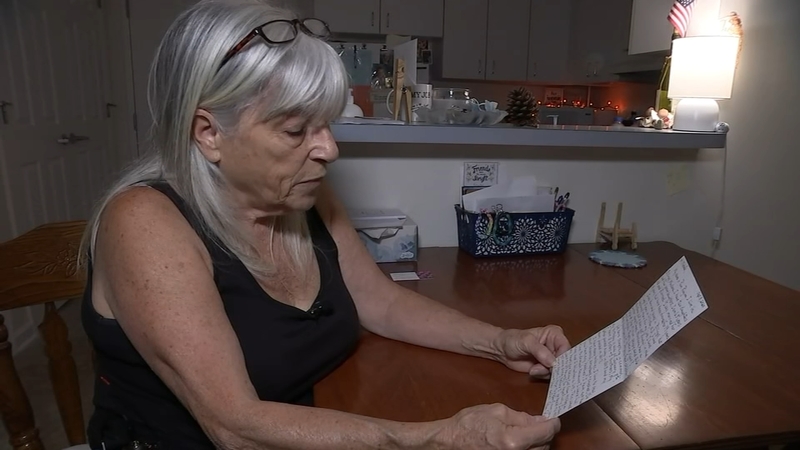 Though the Holly Springs Apartments I&II said they have had responses from around the globe, they could use more.

We met Michelle Dorreman inside her apartment. She's a hoot. She has baking pans on the counter and knitted items around her home.

She reads from a butterfly card written by a woman named Pam, who lives in Billings, Montana.

"We have something in common," she reads, "My birthday is also January 8th."

The two became pen pals during the COVID-19 pandemic, thanks to a call for letters from the property manager, Michelle Ray.

"The lady that I got is a lot like me, and that's what I like. When I saw her letter, I wrote back the next day," Dorreman said.

The two both crochet and scrapbook.

Michelle Ray speaks of another resident who received a letter from a pen pal, explaining the impact. "I have one tenant who's been a little depressed and she's got three letters already and she's just hanging onto those and it made her so much happier."

Meanwhile, in Dorreman's apartment, she's active. She said she sees friends and family. But not all of her neighbors can say the same.

"Some of them don't have a lot of family that visit. Some of them...you know, I'm not like most people," she said with a chuckle.