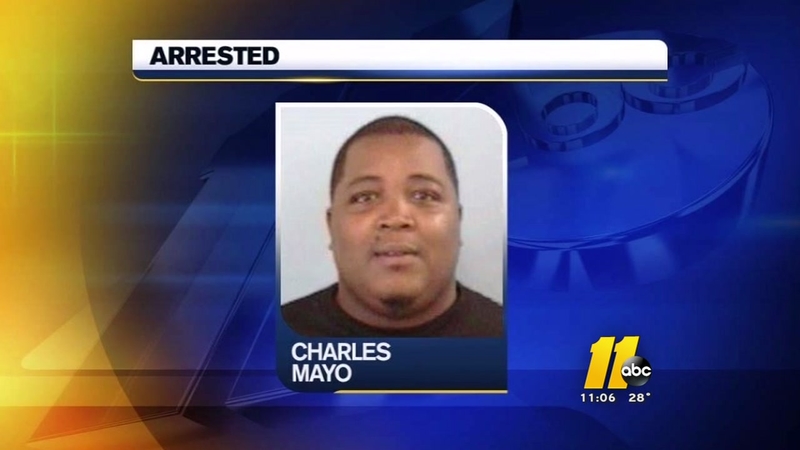 WAKE FOREST, NC (WTVD) -- A Home Depot cashier is in critical condition after being punched by a customer with a criminal history.

Wake Forest Police say 31-year-old Charles Sidney Mayo argued with a cashier over a receipt at the Home Depot on Retail Drive in Wake Forest.

Mayo had his first court appearance Friday. A judge set his bond at $50,000. He's charged with one count of assault with a deadly weapon.

Police say that weapon was his fist.

On Tuesday night at 9:05 p.m., Wake Forest police responded to a report of an assault at the Home Depot. They said there is surveillance video of the attack but it's being used in the investigation so it's not being made public.

Police said it appears that Mayo was arguing with the cashier over a receipt. Then Mayo, who is almost 6 feet tall and weighs 265 pounds, punched the cashier in the face. The cashier fell to the floor. Mayo fled the scene.

The cashier is in critical but stable condition at WakeMed.

As far as Mayo, he has a lengthy record: He's been arrested 35 times.

In 2005 he was arrested and charged with first-degree murder accessory after the fact in the shooting death of a Bunn High School athlete during a house party.

For that crime, records show he was sentenced in December of 2007 and served 1,061 days before being paroled. Since then, he's been arrested 19 more times, including this latest arrest in Wake Forest.

Wake Forest Police say Louisburg Police arrested Mayo and he was being held in the Franklin County jail. Mayo has since posted bond and been released.

Home Depot officials would not comment on the incident. They said they'll leave that to law enforcement.