Garner police arrest Clayton woman in embezzlement of $800,000 from HOAs 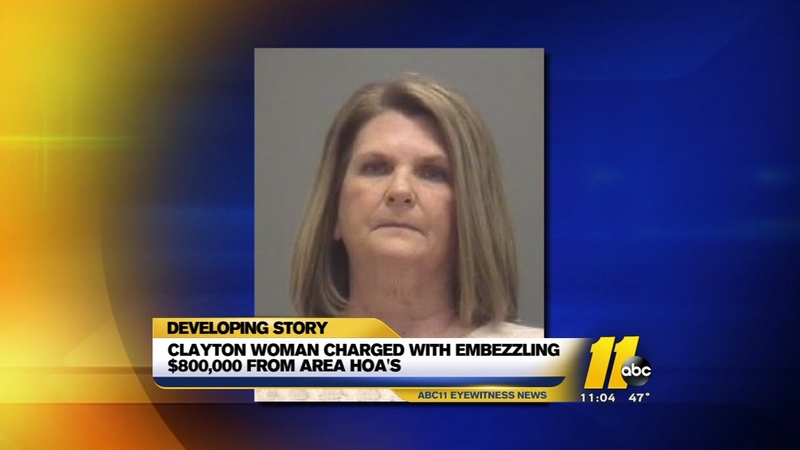 Kelly, 54, was the owner and manager of Kornerstone Management, a homeowner's association management company in Wake and Johnston counties

Police said in total, about $800,000 is believed to have been stolen from the many victims.

The Garner Police Department began receiving reports from area HOAs in August about possible fraudulent activity with their HOA bank accounts. ABC11 brought you the original story reporting that The Village at Aversboro in Garner was the neighborhood credited with sparking the investigation.

As part of the investigation, police executed two search warrants on August 11, one at Kornerstone Management, 1300 Benson Road Suite 102 and the other at No. 1 Seven Oaks Drive in Clayton.

Investigators seized boxes of records from both locations believed to be related to their investigation.

Police investigators worked with the Wake County District Attorney's office as well as the North Carolina State Bureau of Investigations' Financial Crimes Unit to go through the large amount of evidence seized before presenting the evidence to a Grand Jury.